This is another excellent issue in the final arc on The Superior Spider-Man. There’s your review. I don’t know how many times I have to tell you to pick up this book.

Have you bought it? Good. It’s spoilers from here on out. Rosebud is a sled. 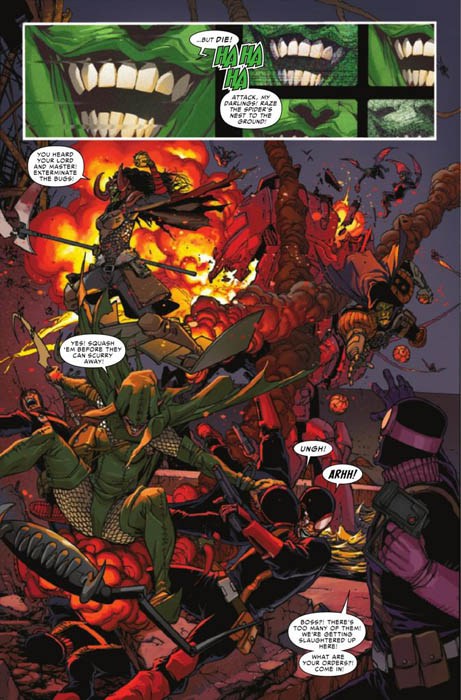 This issue opens immediately where the previous left off, with Spider Island under siege from the goblins. I’ll start off by saying that I think Camuncoli continues to be an excellent pick for this story, and I love the way he draws most of the characters. However, there is something strange about this issue, and it’s the proliferation of butt shots, female and male alike. It doesn’t really distract from the rest of the story, it’s just something I found kind of amusing because I’m twelve. Anyway, back to the rest of the art. Camuncoli really gets a chance to shine in this issue, and he has two excellent splash pages of Peter in the mindscape. His take on Mary Jane is another highlight. She still looks great, but she also looks like someone who could actually exist.

During this run, it seems that Otto has been able to handle all of Spidey’s other villains because he can outthink them. He knows what they want and how to stop it. But with the Green Goblin, there is no such thing. Sure, the Goblin has repeatedly claimed that he wants to take the criminal underworld. But that seems to be a means rather than the end in itself. The Goblin’s chief goal has always been his ability to screw with Peter. Otto can’t comprehend this because his plans always have an object in mind—power over others through intellectual prowess, usually by stealing or developing advanced technology. But what makes the Green Goblin such a different character is that he already has these that. His biggest plays have always been for psychological power. He wants to find all of your weaknesses and to break you. That’s the goal. And until Otto can comprehend that, all of his plans will fall apart. As an aside, this is also why I don’t think Osborn works very well as an Avengers villain. Besides the Dark Avengers, there’s very little Osborn did to mess with the Avengers psychologically. On the supervillain scale, the Green Goblin skews less towards Lex Luthor and more towards the Joker. 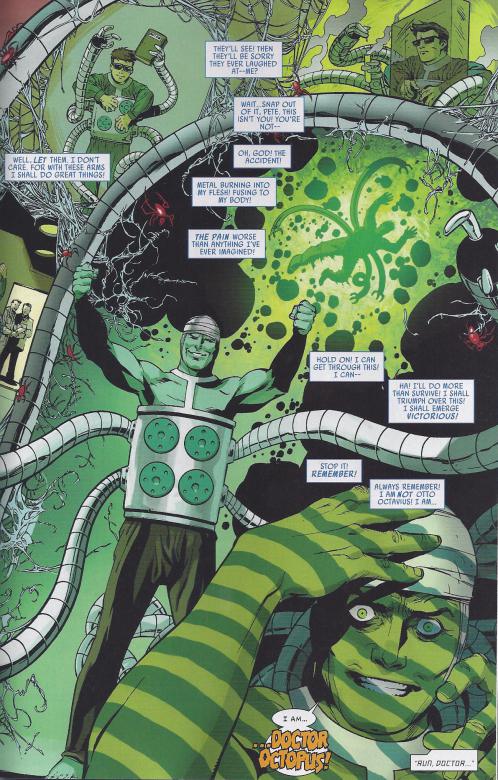 For the rest of the issue, we get to see the supporting cast handle the goblin attack. And for my money, Mary Jane is proving to be the Superior Spider-Man. Other highlights include appearances by the Wraith, who appears to be having trouble picking up the goblins on her radar; Jonah, who has turned into a straight-on supervillain and is unleashing his Goblin (read Spider) Slayers on New York; and Sajani, who is sick of Otto’s crap. Everyone is written true to character, and there’s a scene at the end that has me on edge. If Slott does what I think he’s going to do, I’m going to make empty promises to never read Spider-Man again. Issue #29 can’t come soon enough. On another note, Peter is going to be a lonely superhero when he gets back.