Greetings and salutations fellow True Believers, it’s that time once again when we gather to chart the course to Marvel’s massive Secret Wars, an event so monumental that neither the 616 or the Ultimate Universe will be left standing when all is said and done. This week the masterminds at the House of Ideas announced several more status quo shattering tie-ins and mini-series that you are sure to want to know about; that’s what I am here for, B&B’s own Agent M, to report all the goings on that will ultimately make up the All New Marvel Universe. So, without further delay, let us dive in to this treasure trove of new titles spinning out of the Secret Wars event, each to be released under of one of the previously revealed three banners- Battleworld, War Zones and Last Days. These titles will ultimately dovetail together depending on when and where each takes place to give a clearer picture of Secret Wars as a whole. 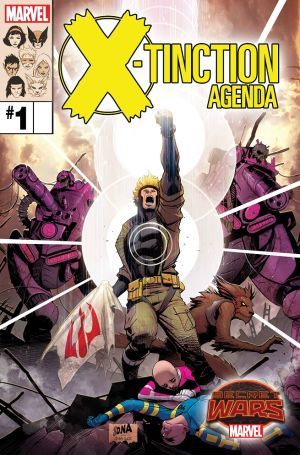 First up is the very recently announced X-Men related title, X-Tinction Agenda written by Marc Guggenheim, who is also busy working on the Arrow television series, with art by Carmine Di Giandomenico. Under the Warzones banner this late 80’s X-Men revival will hit the racks this summer in June. Guggenheim will be offering an alternate history spawned from the events of the original arc and beginning ten years later. Focusing on Havok and Wolfsbane, the series explores the rebuilding of Genosha as well as the emotional and physical tolls taken on these two X-Men as they lead the disenfranchised people of this island nation. Guggenheim told Comicbook.com,”When we pick up with them, its several years later and Havok’s definitely his own man, he’s not living under his brother’s shadow. He’s got a whole host of problems that are unique to him and unique to Genosha. It’s kind of nice; I always thought Havok was a really, really cool character and writing him is a real pleasure; I’ve never got a chance to write Havok before.” As if that weren’t enough on the writer’s plate, Guggenheim plans on taking a page from BMB’s All New X-Men and bringing in not the original five members from the very first issue but the team from Giant Size X-Men #1. This is sure to be an exciting story with big action and lots of complex twists and turns. 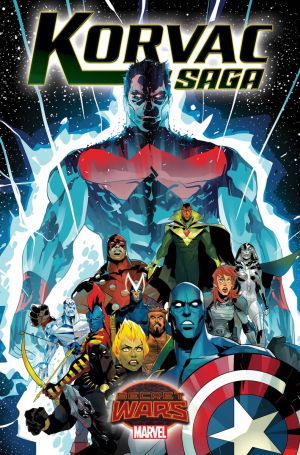 Next we have the Korvac Saga from the creative team of Dan Abnett and Otto Schmidt also due out in June under the Warzone banner. When Marvel needs the cosmic corner of the universe explored their go-to man is Dan Abnett, co-writer on many of Marvel’s space sagas including numerous titles in the Annihilation event, Guardians of the Galaxy and is currently writing Guardians 3000. Abnett will be offering a fresh interpretation of Korvac; this time around the villain will rule a domain in Battleworld known as Forest Hills with the Guardians serving as his own royal guard of sorts and defenders of the realm. The opposition led by Wonder Man who leads his own team of Avengers featuring; Captain Marvel, Black Widow, Black Panther, Moondragon, Yellowjacket, Vision, Jocasta and Hercules hails from a domain known as Holy Wood. When asked to explain this power struggle, Abnett told Newsarama, “In the hierarchy of Battleworld, Wonder Man is another lord on par with Korvac. They rule neighboring domains. The Avengers are Wonder Man’s retainers, the equivalent of Korvac’s Guardians. There’s a power struggle going on between these powerful lords and their kingdoms. It’s mainly political, but it could get physical at any moment, exactly the wrong time for trouble to arise in Korvac’s domain.” 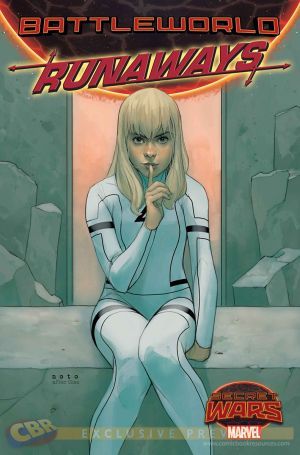 Runaways is the next series due out in June. It will be under the Battleworld banner and written by Lumberjanes scribe Noelle Stevenson with art by Sanford Greene. This new incarnation of the fan favorite team will feature teen-age versions of Cloak and Dagger, Bucky, Skaar and Valeria Richards joined by a new character called Sanna. In an interview with CBR, Stevenson said, “Most of the characters are established Marvel teens, but you’ll find them a little different here. Although characters from many different teams will be represented here, this team is entirely its own, new thing and they’ll be called upon to play a role that they probably haven’t before. I’ve been referring to them informally as the Breakfast Club because they are a group who wouldn’t necessarily choose to hang out with each other under normal circumstances and actually outright hate each other in a few cases, but end up having to work together to survive and find out that they have more in common than they thought.” 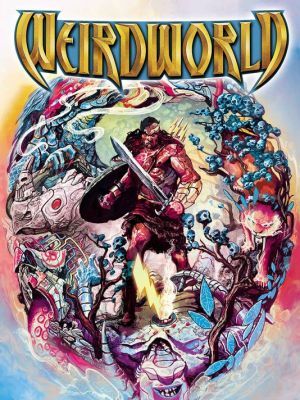 Jason Aaron and Mike Del Mundo pay tribute to the Dungeons and Dragons influenced fare of the 1970’s with their June release, Weirworld. Under the Warzones banner this book stars Avengers and Fantastic Four foe, Arkon as he travels the tumultuous terrain of Battleworld facing every manner of adversary in the arena of combat. “He’s in a place he doesn’t understand, can’t explain and doesn’t know how he got there or know how long he’s been there.” Aaron went on to tell USA Today, “He’s really Weirworld’s first explorer, charting the strange world and making a map of it while trying to survive long enough to make it back home.” The idea for this story started with Aaron’s own childhood interest in fantasy comic books, such as Conan and Red Sonja, “I’ve always wanted to do my Conan story but, there’s not a lot of opportunities to do those stories in comics.” He said. 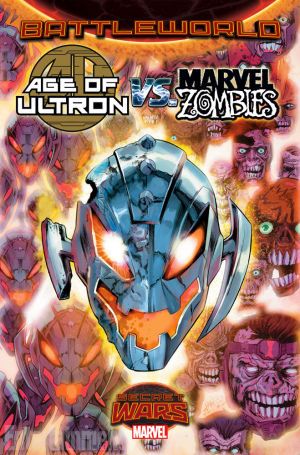 The last series we are going to talk about in this installment of SMU is one that I am really excited about, namely Age of Ultron vs. Marvel Zombies. Reuniting the All New Invaders creative team of writer James Robinson and artist Steve Pugh, this Secret Wars: Battleworld tie-in is also slated for a June release. This story is sent in a region of the Battleworld that is being violently contested by the Marvel Zombies and a force of Ultron’s assassin robots. As it turns out this remote region of Battleworld is used as a prison colony of sorts, by the other regions who routinely exile their criminals and other undesirables there. This story follows a group of exiles which includes; the original Human Torch, Jim Hammond, Vision, Wonder Man and an as yet unrevealed “mystery” character Robinson has only described as “a very cool surprise.” As for the series overall, Robinson called the story, “at times tongue-in-cheek in that I’m trying to capture the black humor of the zombies and their situation in the spirit of the original series. However at the same time this is about what it means to be human and what it means to have that humanity taken from you, so there are serious elements too. We’ll also see this bizarre scenario through the eyes of a character from a less technologically advanced domain where Ultron hasn’t been created. He must come to terms with what he has the potential to and is capable of creating and then learning how to defeat it. And yes it will be a story of survival too.”

Well that will bring us right up to the end of another uncanny installment of State of the Marvel Universe. Please be sure to check back in with us here at Bag and Bored next time when we will continue to explore all the tie-ins, crossovers and ongoing series in the gigantic Secret Wars event. More books by your favorite Marvel Masters like Jason Aaron and Chris Sprouse on Thors, Brian Michael Bendis and Mark Bagley on Ultimate End, Charles Soule and John Timms on Attilan Rising and all the very latest, up to date titles announced by Marvel will be presented for your consideration True Believers. So follow me, B&B’s own Agent M, your guide through the apocalyptic events leading to Secret Wars as we draw ever closer to the incursion event and the end of the Marvel Universe as we know it, Excelsior!