The count down before Comic Con is always a super anxious time for me, I begin checking my email for updates more frequently, checking the ever-growing list of guests for my favorite creators and deciding which of the many, varied and enlightening panels I will be covering for the site. This is just business as usual, not only for covering the event but, enjoying all the aspects of the show as a fan and collector. Of course I am talking about shopping! Filling in those runs, finding those elusive issues waiting there, hidden within the depths of the dollar boxes and perusing the walls of key issues and first appearances that tower above the milling masses of cosplayers and collectors like monuments erected to the Comic Book Gods with names like Kirby, Claremont, Adams and Ditko, Steranko, Infantino and Lee.

These are the names of the writers and artists that are the reasons we have these conventions to begin with, to honor their contributions to our lives, the childhood memories and the adolescent dreams that stayed with us into adulthood, never diminishing but always fueling that desire bordering on obsession to get that one book that would become the grail of your collection. Fast forward to Friday September 2, 2016, the morning of the convention, I have a cup of coffee and then go over my list, books for signatures, check, notes for creator questions, check, cash and comfortable shoes, check and check. I am ready to hit the ground running. 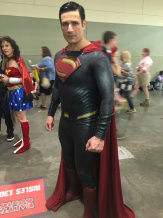 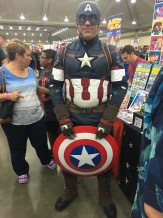 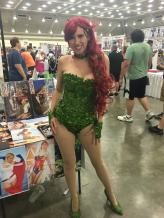 This year’s guest list included some of the most prolific and inventive writers working today, writers who are redefining the medium and nowhere has that been more apparent than at DC; so that made Friday’s DC panel a must. The attending creators included Dan Jurgens, Keith Giffen, Paul Levitz, James Tynion IV, Hope Larson, Yannick Paquette, Dan Didio and the man of the hour, new Batman scribe, Tom King.

Didio began by asking the crowd if anyone had had a chance to check out Rebirth, this was met with a collective cheer. “We’ve been trying to keep the line as diversified as possible” he said before further explaining that line-wide re-boot was in some ways Paul Levitz’s idea because Levitz said, “…take the toys out of the box, play with them, break them and then put them back in the box how you found them.” This, I assume is how Levitz sums up the New 52, which had moments of greatness as well as many flawed and some flat out awful arcs. No one can say there was a lack of enthusiasm, particularly at the inception of the previous big DC re-boot, however Rebirth has come out of the gate with all guns blazing and taking no prisoners; to date I have read every single issue in the Rebirth line and with the exception of one or two books, I have added them to my subscription list. I believe this shows the consistency of quality in the storytelling at DC today. As Levitz said the toys have been returned to their box in more or less the same shape they were found in, however that is not to say these stories are back to basic business as usual for the DC line of characters, far from it. There are new characters be introduced at every turn; in fact Dan Jurgens cites the introduction of John Kent into the current Superman status quo as an element of change. 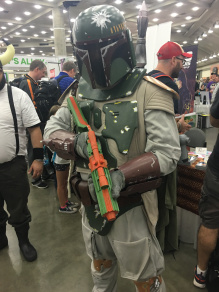 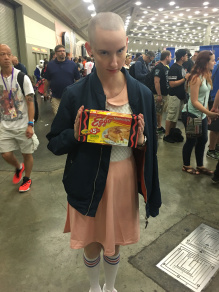 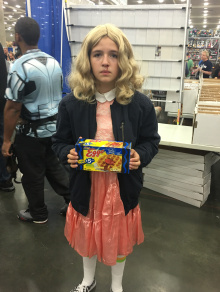 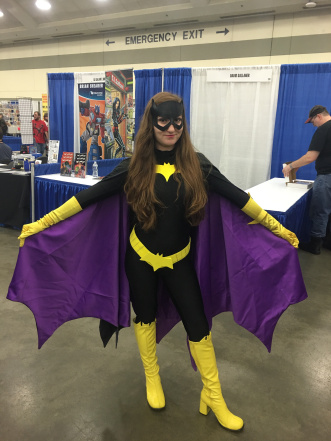 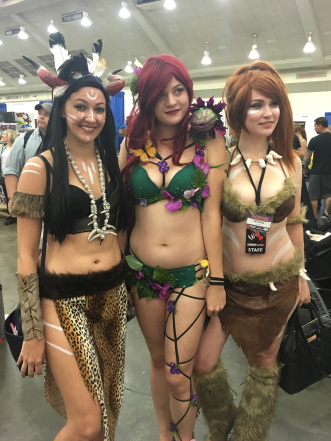 Tom King is one of the most personable, engaging and downright pleasant people you could ever meet. His personality comes out like Superman’s heat vision, strong and bright, perhaps not nearly as destructive but certainly as powerful. When he speaks about Batman there is the kind of love for the character that we as fans can identify. “Batman lives in the collective unconscious of the world… He’s a part of me- he’s always been a part of me.”

When King described Batman as, “…the one that’s willing to die for us.” Someone in the crowd exclaimed as if on cue, “Like Jesus?!”  The razor sharp King responded, “I don’t know who Jesus is, but if you send me back issues I’ll read them.” The crowd erupted into laughter as a Didio stepped in and moved the conversation into less controversial areas while still keeping Batman the topic.

Next up James Tynion spoke of how Greg Rucka’s groundbreaking run on Detective Comics has influenced his work on the title. Tynion said he wanted to take the work he did on Eternal and make what he always wanted, a Batman team book and while doing that, elevate Batwoman to the level of Batman, making and keeping her an integral part of the Bat Universe and Batman’s world. This pretty much wrapped up the first big panel of the weekend so now it was time to hit the floor and scour the miles and miles of long boxes in search of sequential art treasure. 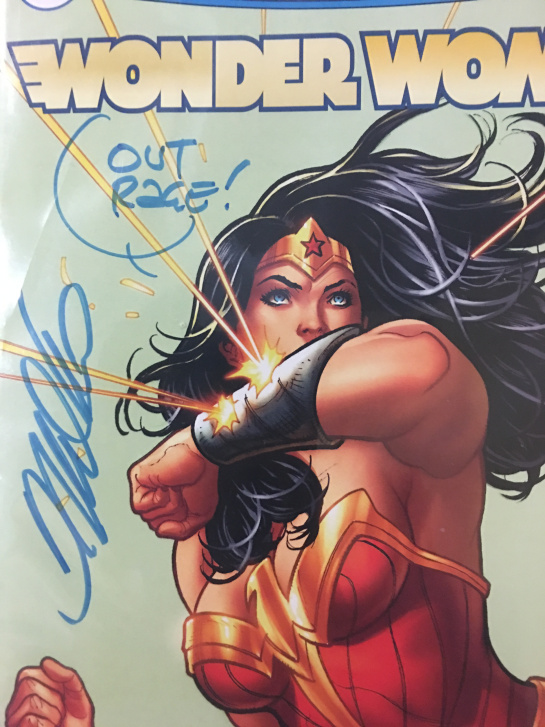 The Baltimore Convention Center was once again transformed into a wonderland of pop culture; people dressed as their favorite heroes and villains milled about rubbing elbows with more practically attired fans giving the entire scene a surreal look to anyone experiencing this amazing event for the first time. The excitement was intoxicating and I was as I am every year overwhelmed at the outset not knowing where to begin. It is so easy to allow this to happen, that is why I make a detailed list of books I need to fill in runs and key issues I intend to shop for, however much to my chagrin I found this list to be absent from my backpack when I hit the first table of dollar boxes! So now I had to rely on cover recognition to buy back issues. Needless to say I was not willing to dive in too deep, even at a dollar a pop, this can very quickly become an expensive endeavor. I was faced with a dilemma; my solution was simply to shop for more expensive books until I returned tomorrow with my trusty list. I knew I wanted to get a first appearance of Deathstroke, New Teen Titans #2 which I found for a really good deal as well as a few other books I had been looking for. 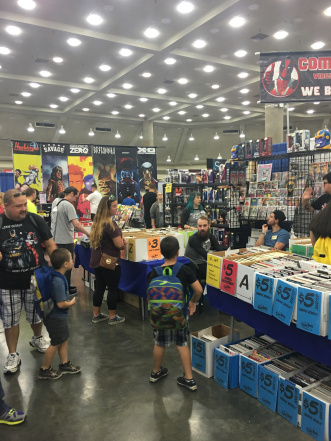 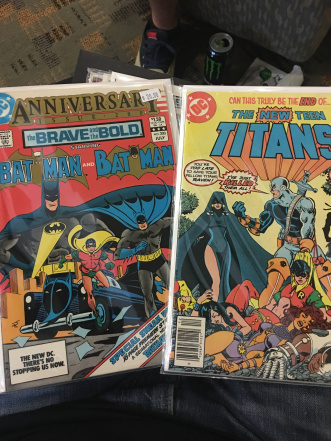 The final order of the day was to meet the brilliant and prolific Jeff Lemire who would only be at the show this one day. I took my place in line about a half an hour before his arrival to begin signing. As it came to be my turn to meet Mr. Lemire there was but one person before me, however this person had a short box of books, all of which he wanted signed! I am not kidding! This guy had just about every complete run Jeff Lemire has ever written and he was not taking no for an answer. As Jeff signed one this gut would plop another one down without a single word of conversation exchanged, Green Arrow, Trillium, Descender, Justice League Dark all the way to and including Moon Knight and Extraordinary X-Men! The fact that Jeff Lemire took the time to sign every one of these books for this guy is a testament to just how nice of a guy he is. I approached the writer with my extremely modest amount of books for him to sign and spoke to him about Black Hammer, Sweet Tooth and the future of his work at Valiant. He was happy to talk about his work, humble when I praised Black Hammer as this generation’s Watchmen and more than accommodating to those of us bringing more than a reasonable quantity of books for him to sign. He even did an impromptu sketch inside my copy of Underwater Wielder. Jeff Lemire is without exception one of the nicest human beings I have been blessed to meet and one heck of a fine comic book creator to boot.

By now the first day of the convention was winding down as was the strength in my middle aged body; my shoulders were sore from my backpack, my feet were dogged from the concrete and it was time to get some dinner and sleep before doing it all over again the next day. The rest of the weekend was full of the same high level of excitement and fun. I met so many really great people, creators, vendors and fellow fans. The staff was fantastic particularly when I left my press pass at home on Saturday. I was so worried I would have to purchase a ticket which would have taken away from the money I had to spend at the show, however once I provided ample proof of identification the convention staff presented me with a replacement badge, effectively saving the day.

Every year there is that melancholy moment when the loudspeaker crackles and gives the saddest of messages, that ladies and gentlemen The 2016 Baltimore Comic Con is now over. The last hour takes on a sort of bittersweet air, the crowd is diminishing and the vendors are packing up but I just do not want it to end because I know it will be 12 long months until the magic returns. Sure my wallet took a Doomsday sized walloping, sure my old knees and back were screaming from over use and sure I missed my wife for three days but I cannot wait to do it all over again next year. Thanks to everyone who made the 2016 Baltimore Comic Con such an amazing event. Until next year my friends, Excelsior!