Now I know you are going “a comic about zombies, vampires, and every other mystic creature under the sun can’t possibly be relatable,” but two words: Wynnona Earp. 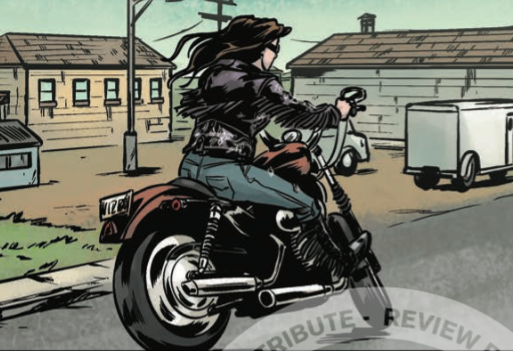 Wynnona Earp is a character that all of us could relate to at one point in time. Not only is she a kickass woman (which is my favorite type of heroine), but a woman on a journey. And no, I’m not talking about the journey to take out the vampire crime lord, but the journey of life. As cheesy as that sounds.

Wynnona is young, likely in her 20s, and is still trying to find her place in the world. Coming out of her father’s shadows, Wynnona is a trigger-happy agent of the U.S. Marshals Black Badge Division and is being recommended for anger management classes.  As we follow Wynnona as she tracks down Mars Del Rey, leader of the demon cannibals, we see Wynnona as she struggles to see the line between good, evil, and her place in the battle. We see as she struggles to understand why civilian sacrifices have to be made, and why she can’t shoot paranormals’ first and ask questions later.

Now we all might not be trying to find our place in the battle of good vs. evil, we have all searched and questioned our place in the world. Whether it is as a child learning to make friends, a young adult discovering his/her independence from his/her parents, an adult trying to climb the corporate latter, or anything in between; at some point in life we have asked “Where do I belong?” And when you take away all the monsters, guns, and being a secrete agent of sorts, Wynnona Earp is a young woman trying to find her place in the world. And that is why the comic is so great.