Summary: After a series of meteors strikes the Earth life is decimated. However, for a few chosen survivors what should have been their death leads instead to another life. After waking up in another world – a possible after Earth – they discover that survival in this new world is a lot more difficult than it ever was before.

Review: Brought to us by the guy who also brought us the Battle Royale manga, this short story too delves into the psychological discourse that comes with being a number of people being the only inhabitants on an unknown world and having to fight to survive. Only this time there is a twist: after waking up in this new, almost prehistoric type world, our main characters find themselves turning into horrific beasts and going to war as their animal instincts for food kicks in.

Do I have your attention yet? If there’s one thing this manga does right it’s that it gets your attention real fast and for the first few chapters keeps it pretty steadily. There’s something quite fascinating about seeing meteorites falling to the Earth and those getting caught in the blast suddenly waking up in this whole new world only to find it even more dangerous than their previous lives.

We get quite a few interesting ideas in fact, where some people wake up at different times and experience their transformations in different ways and also at different times. And the horror that first comes with seeing what all is taking place in this new world, it’s all really cool.

Taguchi does a really good job at setting this world up. I could give this manga an A for effort through the entire first half of the series for all the fascinating things it introduces. I was also impressed by the myriad of characters, and I was very happy when I learned we were going to explore several different “survivors” rather than just a narrowed few.

However, it’s around that halfway mark where I was getting really into the story that a dread seeped over me. The prologue of the story introduces us to a pop star who wakes up in this new world and her dreaded experiences as she tries to find her way through this new world, and then the next story for the first official chapters focus on a brother-sister duo who are a little too close for comfort but try their hardest to take care of one another. And at this point, we’re doing fine, Taguchi is doing pretty well setting up how characters are related to one another, etc.

The dread that seeped in halfway through was when I realized the third story, which focused on a few other characters introduced in the prologue and brother-sister story and was the longest story out of the series taking up 3/4’s of the story space, was going to be the last story and wasn’t going to give us a satisfying conclusion as it couldn’t hope to tie up all the loose ends Taguchi had set up regarding the pop star and her adventures. Which I’m sure was supposed to be the 4th story, but I don’t know I this series just got canceled for it abruptly finished on purpose.

Either way, I was not a fan, and unfortunately because there is nothing in the way of a satisfying conclusion it’s very hard for me to recommend this manga to anyone who might think about checking it out. 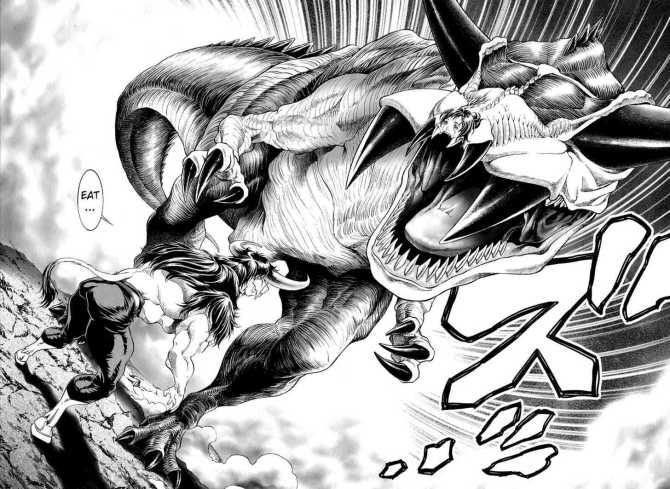 There characters are interesting, but there’s a lot more heavy-handedness to their personalities than really ought to be. No one is reigned in, and all of them leave their hearts on their sleeves. Or their anger. Taguchi does at the very least strive to give our characters reasons for the way they act, and for a few of them the lives they lived pre-meteor crash were terrible. There is a boy in this story who’s mom abused him and so he tried to kill himself, so his self-worth and confidence is at depressive level. On the opposite of that is a teenager who was raised in a dojo where he shunned the martial art taught there, and though his grandfather was tough on him there was no reason for him to feel like he led a terrible life, so his confidence is at an all time high which of course inspires those around him to do the same.

It’s all very mismatched and jumbled, and generally taken too an extreme when it comes to clashing personalities. However this manga isn’t outright terrible, again it introduces a lot of interesting facets. I really like the beasts everyone turns into, they’re all very interesting and unique. Ranging from humanoid to beastly. What makes the beastly ones even more terrifying is that everything is monster-like, and then there’s one little sliver of the original human’s face connected somewhere to let you know these monsters were once human.

I also respected Taguchi’s attempt at touching upon some genuine human scenarios and emotions. Taking away the incestuous undertones of the brother and sister characters, I found their story to be the most emotionally draining and bittersweet as a fight for survival and taking care of one another not only felt like a struggle against terrible odds but one that could not and would not be won all the way through.

The fights are all really good, there’s a ton of action in this series and seeing the monsters fight one another is a lot of fun when everyone has their own strengths and weaknesses. The fights are smart too, we get to see some characters learn on the spot how to use their new abilities in intriguing and intelligent ways. There’s also quite a bit of fan service, mostly with the women all being drawing not exactly in sexual manners but they definitely get to show the most skin. There are exposed breasts in this.

I’m not huge on Taguchi’s art style, I don’t dislike it but everyone’s bodies kind of look as if they had their bones broken and are walking around as crooked, stiff corpses. The action is the best part of the art when and seems to be when Taguchi is firing on all cylinders. If you take away anything from his art know that the action scenes are really cool.

If it wasn’t for the abrupt ending where we find out everyone is actually living some sort of is-it-real-or-is-it-not scenario as test lab subjects and then never getting to explore any of that revelation then I would’ve enjoyed this story a lot more. Unfortunately with three tales of survival - with one of them taking up majority of the story and serves mostly as back story for a few characters - plus the abrupt ending it’ hard for me to really recommend LIVES: The Monster’s World.

I’ve read worse but I’ve also read a lot better. However the quality just isn’t there at the end of the day.

Final Score: 1.5 Basic Instincts out of 5