The Black Hand is a 4 part mini-series digitally available from Alterna Comics.  The story follows Victoria Addair, a member of the Order of the Black Hand, who is sent to investigate a ghostly presence that is haunting a mountainside mining town.

Soon she learns that the mysteries surrounding the town go deeper than just the shadowy spirit, known as the Grey Boy.

When you talk about a great comic book, it isn’t a single thing that makes it great.  It takes multiple forces working together in harmony, and creating something that melds together seamlessly to become a single entity.  That is exactly what the creative team of The Black Hand has done. 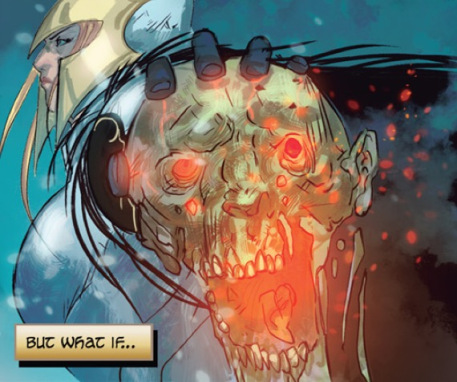 First off, the art is spectacular.  Fares Maese and Edson Alves make this 4 part series worth picking up for the art alone.  Every single panel is given the care of an art piece all its own.  There are zero panels that are overlooked by the artists. 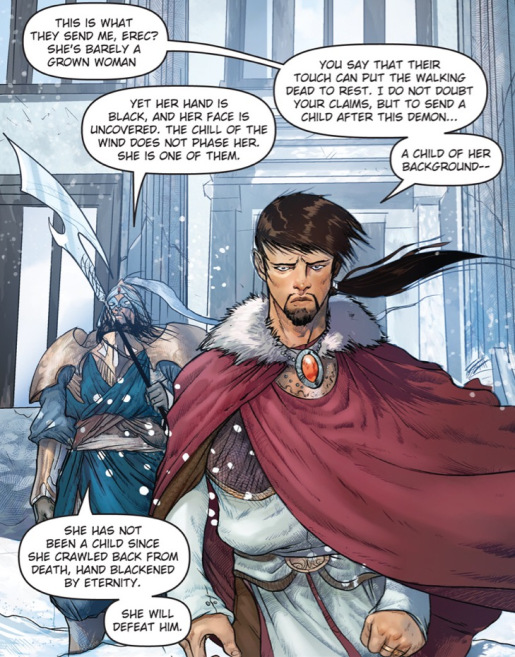 I have to say, after looking at the art on this book, I became a little obsessed with Fares Maese’s work.  He draws the hell out of the first 2 issues.  The detail is insane, and the secondary aspects of the panels, such as a servant offering refreshments, are just as interesting to look at as the main components, like Addair destroying the undead with a single touch.

The last 2 issues, drawn by Edson Alves, are on par with the first 2.  Alves’ art style complements Maese’s, and with the slight visible difference with issue 3, he comes back in force with 4.

Issue 3 wasn’t bad; there was just an obvious difference in art that is soon forgotten.  With issue 4 though, Alves seems to get fully into his groove, and kills it.  Issue 4 was really the dagger in the heart that finished off the amazing display of talent that was in The Black Hand.  The art alone is worth checking this mini-series out.

Art is a huge factor in a comic book, and sometimes the story and dialogue takes a backseat.  Especially when you have the special kind of art that Maese and Alves bring to this book, but Erica J. Heflin does not disappoint.  She brings a story that is just as interesting and special as the visuals of The Black Hand.

Heflin brings you into the world from the get-go.  The world building isn’t forced, it is natural, and brings you in without a ton of exposition.  The story is simple enough, but is layered with sprinkled in history and strong characters that gives depth to everything that happens.

Heflin uses dialogue boldly.  We are introduced to the heroines, Victoria Addair, cursing and soon after, showing her rebellious attitude towards the structure of The Black Hand Order, and its politics.  We quickly know who this strong and capable character is, making the reader buy in quickly.  This makes the rest of the story captivating, and we are able to enjoy the ride as we follow a character we are fully invested in.

Alterna’s The Black Hand was a pleasant surprise to say the least.  I’m so glad I picked it up, and feel like whether you like fantasy or not, you should give this book a try.  With the price point on this 4 issue mini-series being $5.99 on Comixology right now it, is a no brainer.