Greetings True Believers and welcome to the second installment of State of the Marvel Universe where we discuss all things Marvel; from the printed page to the big and little screens we focus our attention on all the amazing, incredible, uncanny and superior creations coming from the minds of the masters at The House of Ideas. 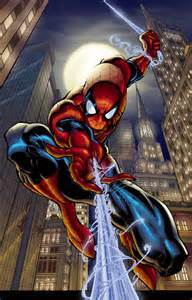 This week the biggest news involves our Friendly Neighborhood Spider-Man and his future as part of the mighty Marvel Cinematic Universe. It appears that Marvel and Sony have finally come to a mutually agreeable arrangement that will allow the Web Slinger to appear in films alongside his fellow Avengers. This news makes it possible for the widely anticipated film version of the Civil War storyline to follow the source material much more closely. Some of the specifics of the deal include; Marvel cinematic universe architect, Kevin Feige will produce the next installment in the Spider-Man franchise along with Amy Pascal, the deal also states that the “new” Spidey will make his first appearance in an MCU film; most likely Captain America: Civil War or less likely Doctor Strange, however there is always the remote possibility that we could see the Web-Headed One do a post credit swing through in this year’s Avengers: Age of Ultron, stranger things have happened on this journey to bring Spidey home so don’t count anything out True Believers. Whichever film does boast the return of Spider-Man to the MCU, one thing is certain; it will not be Andrew Garfield under the mask. The 31 year old actor is just too old to portray the new younger Spidey. In fact there seems to be some speculation of just who this Spider-Man will be; Peter Parker or Miles Morales. After that we will see a Sony released Spider-Man film on July 28, 2017 also to be co-produced by Feige and his Marvel team with Amy Pascal. This new deal casts a shadow of doubt over the proposed Sinister Six film as well as the female led Spider film. Although Marvel is now essentially at the helm of any future Spider-Man films Sony will continue to finance, distribute, own and have final creative control over the Spider-Man film franchise. That being said I cannot imagine anyone at Sony being stubborn enough to second guess Feige his track record speaks for itself. 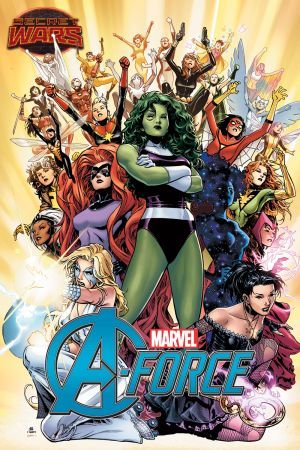 Now over in the world of Marvel’s Comic Book Universe all roads lead to Secret Wars. The massive event that will spell doom for the 616 as we know it continues to spawn tie-in titles. The first big announcement is the all-female Avengers team, A-Force to be co-written by Ms. Marvel scribe G.Willow Wilson and Marguerite K. Bennett with the art duties to be handled by Jorge Molina. The team is to take over for the Avengers during Secret Wars under the “Warzones!” banner with a lineup featuring some powerhouses including; She-Hulk, Dazzler, The Inhumans Queen Medusa and several other fearsome females. A-Force is intentionally made up of a diverse group of ladies with varied power sets and ideologies. 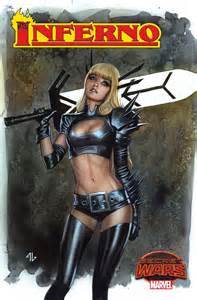 The next “Warzone!” title announced is Inferno written by Dennis Hopeless with art by Javier Garron. The series is based on the 1988 X-Men event of the same name in which New York City is invaded by demons, however this time around the team of mutant heroes is not victorious. The narrative centers on the mutant siblings Colossus and his sister Magick. 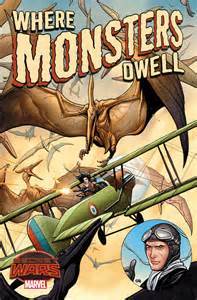 Next, from Preacher creator, writer Garth Ennis and artist Russ Braun comes, Where Monsters dwell based on the Silver Age hero the Phantom Eagle. Ennis has previously written a Marvel Max series featuring the character which he describes as “an old fashioned, rip-roaring adventure with a strong streak of humor running through it.” In this new incarnation the Phantom Eagle will come face to face with dinosaurs. 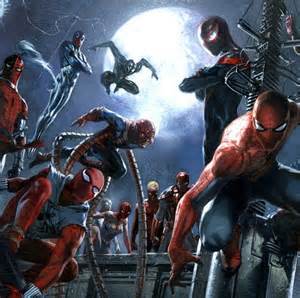 The next series spins directly out of the current massive Spider-Man crossover event, Spider-Verse. Writer Mike Costa and artist Andre Araujo will continue the narrative currently running through the Spider books featuring a host of Spider infused heroes including; Spider-Gwen, Spider-Man Noir, Spider-Man India, Spider-UK, Anya Corazon and Spider-Ham all will be facing a cadre of Spider-Man’s most sinister foes. Planet Hulk also gets the Secret Wars treatment as the title gets a more literal interpretation this time. Writer Sam Humphries teams with artist Marc Laming to bring us the story of a gladiator named Steve Rogers and his companion Devil Dinosaur as they enter a battle arena filled with brutal rampaging Hulks. 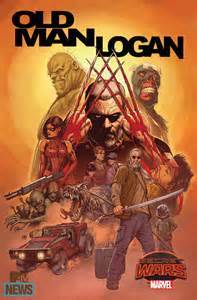 The final title announced is also a revival of sorts of one of Wolverines most violent and dystopic tales, Old Man Logan. The prolific writer Brian Michael Bendis, lovingly referred to by his legion of fans as BMB or The Bomb along with artist Andrea Sorrentino pick up the plot where original writer Mark Millar left off. This is the one I am just clamoring for, I love the original story so much and I have complete trust in BMB to capture the dark tone of the story and continue the narrative into the next chapter with his usual complex character development, engrossing plot and more twists than a snake with scoliosis.

Secret Wars is all set to kick off this May with writer Jonathan Hickman at the helm and artist Esad Ribic providing the eye-popping visuals. The event is designed to permanently combine the 616 and the Ultimate Universes forever changing the face of the Marvel Universe moving forward. These announcements come on the heels of the initial news of the Secret Wars titles the ramifications of which have sparked speculation and debate in comic book shops the world over. All these changes that will be unfolding as the event progresses might seem overwhelming but just stick with me friends, your guide through the Battle World and chaperone in the Warzones, Shawn Warner aka Agent M of Bag and Bored. Until next time True Believers, Excelsior!