Image was always the first company to push the creator more than the comic. It gave us the rock star creators of the 90’s, and despite the glut of amazing garbage that we saw during that time; there were gems as well. Who can forget the first time they saw an issue of Spawn and suddenly thought…hey, isn’t that the guy who drew that spaghetti webbing for Spider-Man? For me it was certainly the first time that I began to pay close attention to, not only who was drawing the books, but also who was writing them. It was one of my first conscious efforts to look for something creator-owned. The McFarlane’s and Larsen’s and Liefeld’s, no matter our opinions on their styles, were rock stars. They created Image so that creator’s original ideas could get out from under what they thought of as the repressive blanket of the big two. Of course Image has had success over the years, but it’s when I see a book like The Fuse that I recall those early days and what those young artists were doing.

The Fuse is a detective book. It’s also science fiction. Writer Antony Johnston (Wasteland, Daredevil) blames long hours of shows like Law & Order and The Wire, as well as early influences from Star Wars and Judge Dredd. It all shows in the world building of The Fuse.

A recap from issue 1, Ralph Dietrich has moved to The Fuse, a space station housing an entire city in Earth’s orbit, 36,000 miles from Earth. (Just for a frame of reference, the average distance between the Earth and the Moon is 384,400 km.) On this station is every type of person from across the globe, from every continent. Dietrich is from Germany, a homicide detective, and has transferred to the Fuse for work. His new partner is an old hand at Fuse homicide, Klemntina a.k.a. Klem, as hard-nosed as any big city detective on Earth and two times as pale.

The two are in the midst of a controversy regarding the deaths of “cablers”, the homeless of the Fuse who live in the planet’s workings, amidst the vents and cables that run throughout the core. The cablers are shunned by those who live above and stick to themselves.

Issue two continues the mystery, adding corpses and intrigue to the vacuum-sealed environment. It builds on the characters laid out in issue one and gives us peeks into the back stories of Klem and Dietrich, as well as a little more on Rocky Swanson, the mayor of the Fuse, and his part in the murders.

Johnston has indeed channeled his love of detective television into this comic. It’s paced like an hour-long crime drama, with just enough reveals to keep you coming back after the commercial break or next week. He has taken his sci-fi roots and blended two genres into a Blade Runner-type dystopian future, where things that were supposed to be “better” off planet are just as bad or worse in a zero-g environment. Johnston adds pieces of the mystery just as he adds pieces of the “reality”, so that we get a complete picture of the world the characters inhabit.

Justin Greenwood (Ghost Town, Wasteland) is back at it with his unique style, a blend that has shades of Tony Moore and Mike Mignola. Having previously partnered with Johnston on Wasteland, you can see that the two have a good working relationship, producing high-quality, succinct work together. I love the way Greenwood’s art compliment’s Johnston’s story, and vice versa. It looks like Greenwood is able to connect with the feel of the detective story just as well, and has translated that into the panels of The Fuse.

Releasing tomorrow from Image, The Fuse #2 makes you wish Law & Order were still on the air. And that it was in space. It’s a perfect blend of detective and sci-fi, the perfect way to spend a Wednesday evening. (If you can wait that long.) And in my mind, I can just imagine Jerry Orbach in a fish bowl helmet saying…”there’s one guy who won’t shoot a firearm in a pressurized living unit again…” 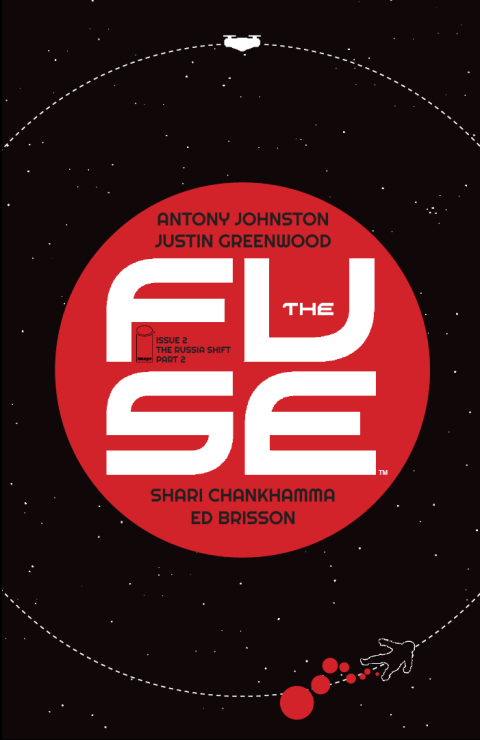