Hey everyone! I’m back and jumping in with Miss Fury # 9. I don’t know how many of you know this, but what I find interesting about Miss Fury is the fact that she is one of the first female superheroes.  Making her début in April of 1941, Miss Fury beat Wonder Woman to the press by about eight months. Not only that, but she was created by one of the only female comic writer/artists of the time – June Tarpe Mills – though at the time she simply went by Tarpe so no one knew she was female.  It was this bit of history that had me looking at Miss Furry #9 and her place in comic history. Over the years there have been many different versions of Miss Fury, but for the most part, she has always been a hero, which is why I find it fascinating that the current Miss Fury is a villain.

Starting out as a thief, Miss Fury accidentally gets herself involved with Time-Traveling Nazis (I don’t get it either) and spends most of her time going back and forth between her time in 1941 and our time. Somewhere in there (haven’t read the first eight issues, so I don’t know when) she becomes an assassin jumping through time and dimensions to kill her targets. Which brings us to Issue #9.

Issue #9 starts off with Miss Fury on a ship fighting with Nazi’s. During the fight the ship is surrounded by green lightning and disappears. We then cut to a panel showing a triangular space ship with the word “previously” on it. At this point, I was expecting to be given an idea of what was going on, but I was sadly mistaken. Not only that, but my hope of seeing a female superhero that acted just like the male superheroes was also wrong.  I was hopping that for once we would see a female hero/villain be more concerned about the job at hand than the latest gossip and whom she liked. However, my hope was crushed when Miss Fury gives her reason for being on the triangular spaceship. She says, “I killed another version of myself so I could come here. So I could have the chance of finding the love of my life…” Even though this statement ruined my hopes for this character, I really like this statement. We learn so much more about Miss Furry in two sentences than we do about some characters in a whole issue.  First, we now know what is driving Miss Furry – finding her future lover. Second, we learn just how far she is willing to go to make her wishes come true – she would kill herself.  Straight and to the point. I love this statement.

And that’s about all I loved.

Seriously, reader, I am so confused about what happened in the rest of the comic. It makes my head hurt just thinking about it.  We do find out she is on the space ship for another reason, not just finding her lover, she is supposed to kill a man. Her target says he would like her to do a job for him instead, and after a fight with his bodyguards and a realization that she can’t kill the man, she agrees. We are then back on the ship from the beginning of the comic (before it disappeared).  We now know that she is on this doomed ship because that is where her target is. Before she can kill him, a holograph of an old man (and friend of Miss Fury) appears and says he needs her help (what the heck?). Before she can respond though, another assassin appears and the two have a fight to the death – guess who won (And another what the heck?)? As soon as the fight is over, Miss Fury hoists up her gun, turns around, and… I’m not saying anymore. Despite how confusing everything is, its ending has an interesting twist, and I’m not going to ruin it.

Reader, you have probably noticed that I used the words interesting and confusing a lot in this review. That’s because they are the two best words to describe this comic. It’s interesting because there are a lot of plot twists and personally, I find time-travel themes  fun and putting my mind to good use. However, I find this comic confusing due to all the characters that we have to keep up with.  Now I didn’t mention all the characters in my overview, because I didn’t want to overload you, reader, but seriously – a new character appears every other page. And it’s only a twenty-one-page comic. Crazy! And really, some of these characters have no point – they just stand there.  Why introduce a new character and have them do nothing? Personally, I think it is much better use of your space to have fewer characters, but have them strong and believable, then a ton of characters who have little to no purpose, and personality to boot. Don’t you think?

So once again, reader, I find myself asking what is wrong with comics these days? I feel like everything I pick up is an overload of information with weak characters. Now I have to say that here they did a little better with their main characters.  Miss Furry is actually a rather strong character, but they didn’t do a good job with all the pointless characters.  And they also fell into the too much information issue that is plaguing comics right now.  Maybe Issue #10 will bring a cure to this plague. Guess we will have to wait and see. 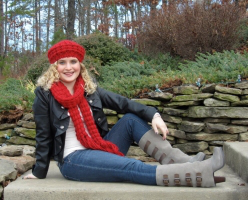