Greetings Gothamites and fellow followers of The Bat, welcome to this week’s installment of The Weekly Bat Signal, where we delve deep into the unseemly underbelly of Gotham City to bring you all the dirt on the Dark Knight, we get to the core of The Caped Crusader or to put it a little more colloquially, we meet weekly to chat about The Bat. This week we are going to be talking about the latest issue in Scott Snyder and Greg Capullo’s epic Zero Year story arc, Batman #27, then we are going to take a look at Peter J. Tomasi and Patrick Gleason’s continuing saga of Harvey Dent in Batman and Two-Face #27 and the final print comic book for this week is the always fun, Batman ’66 which is once again written by the consummately clever Jeff Parker. Then before we head back to the Batcave for another week, we are going to run down all the latest, and somewhat contradictory, news from Hollywood pertaining to the Batman vs. Superman film. So without further dalliance let us dive right in to the first book.

In issue #27 of Batman proper writer Scott Snyder wraps up a good bit of the Dark City portion of the overarching Zero Year narrative. Snyder has never shied away from lengthy dissertations or voluminous amounts of dialogue and he doesn’t start here, fortunately he is one of the best writers currently in the business. So it is actually something of a treat to get a more dialogue heavy issue once in a while, however when you are working with an artist as gifted as Greg Capullo you want to make sure he gets ample time to show off his amazing talents as well. The main plot kind of takes a backseat to Snyder’s exploration of the burgeoning relationship between Gordon and Bruce Wayne. This is absolutely fine with me because Snyder is illuminating some terrain that has been heretofore overlooked or at best only given a cursory interpretation. This relationship is perhaps the most complex and multi-faceted partnership in Batman’s world, at its core it is a friendship built on a cultivated and mutually hard-won trust but there is so much more to it than that. Gordon has been a surrogate father figure at times, a confessor, a critic and a sympathetic ear on the rare occasions when Batman opens up. It is a reciprocating association by the very nature of its existence, in fact it is two very separate and mutually exclusive entities. There is the working relationship between Batman and Gordon and the more conventional bond shared between Bruce Wayne and Gordon. Snyder very astutely uses Alfred as a device by which we see both of these relationships compared and contrasted. Alfred is a common denominator that exists in both of these worlds placing him in an extremely unique position. In one very enlightening scene, Snyder deftly provides Gordon with Batman’s undivided attention thus allowing him to elucidate his reasoning behind choosing Batman over his uniformed cronies. This is perhaps Snyder’s shining moment in this issue, his words while numerous are poignant and precise, there is not a single superfluous syllable among them. This is the dichotomy of their association in its infancy, the foreshadowing of what will become a touchstone in Bruce’s tumultuous career as a crime fighter. Later in the issue Snyder further dissects Bruce’s psyche by exposing Alfred’s belief that Bruce refuses to accept help because he is making the city bear witness as he protects those who no one else can as a means of chastisement. Alfred’s word cut the brooding young man to the quick and he hastily takes his leave to once again pursue Helfern.

Batman is being relentlessly pursued through the majority of this issue but along the way we are given insight into what is driving him at this early stage of his crime fighting career. The pursuit of Helfern reveals that the ghastly spate of murders was merely a diversion used to mask the twisted scientist’s true intention however it should come as no surprise that The Riddler is the true brains behind the entire plot designed to bring Gotham to its knees, a Doomsday Machine that could result in thousands of deaths. The Riddler’s insane logic argues that only the intelligent should survive so through his maniacal scheme he is going to facilitate that end.

Capullo’s art is as dynamic and stunning as ever. He consistently finds new perspectives and innovative ways to frame the imagery and redefine his storytelling approach. His expressive use of facial features and spot on characterizations add a depth of dimension that is truly unparalleled. FCO Plascensia’s use of subdued colors and somber shades work extremely well with Snyder’s narrative and Capullo’s visuals. This is another brilliant issue in a run like we haven’t seen since Grant Morrison left the world of Batman. Snyder and Capullo continue to amaze, engross and entertain. 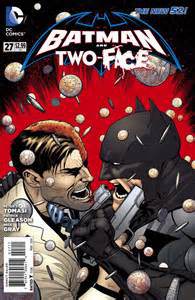 Next up is Batman and Two-Face #27. At the start of this arc I was apprehensive about Tomasi fixing what wasn’t broken, that being Two-Face’s storied origin. Tomasi’s re-imagining seemed to rely too heavily on his Irish mobsters, the McKillens. However, over the past few issues the premise and the characters have grown on me by degrees. Tomasi is an extremely competent and prolific writer, I am unabashedly a fan of his work, so I wanted to like this story, it just took time to unfold as many a fine narrative does. In this issue, Tomasi does some of his best writing of the current arc, building on uneasy allegiances, enter the Gotham Mafioso, and intrigue surrounding internal factions. Tomasi spends much of this issue focusing on Harvey Dent’s former position as a defense lawyer before being persuaded to run for District Attorney. Two-Face’s origin may not have needed an overhaul but in keeping with the sensibilities of the New 52, Tomasi’s tale of Harvey Dent’s fall from grace fits the character rather appropriately.

Patrick Gleason does some particularly dynamic work in this issue, his depictions of Two-Face are dramatic and full of chaotic energy. The panel placement and overall page composition of the issue were somewhat more innovative and inventive than we have seen recently from Gleason, keeping in step with Tomasi’s rather brisk pace. All things considered, this a very satisfying issue in an increasingly engrossing storyline. I’m looking forward to Tomasi’s contribution to the upcoming weekly Batman Eternal.

Finally in the world of Bat-centric comic books we have the campy and contagious, Batman ’66. The first of two stories in this issue features the scarcely used villain, False Face. Falsie, as he is lovingly and much to his chagrin referred to by his lady henchman, has gone on a crime spree across Gotham while assuming the physical likeness of Bruce Wayne and various other public figures. The trademark innocence and clean-cut comedic antics that endeared the television show to us are present in this story. The dialogue contains that quirky sense of mod lingo and Jeff Parker really nails the characterizations as he has done throughout this series. Christopher Jones’ artwork is some of the best to grace the pages of Batman ’66. His stylized take on Batman’s world circa the 1960’s is replete with ultra-slick Bat-vehicles including a menacing looking fighter-style Bat-Jet. Jones captures the likenesses and body language of the characters to a tee. This is a fun story; Parker brings a veritable unknown villain front and center to wonderful result while Jones’ art adds stylishness straight out of 1966.

The second story is a rather tongue in cheek look at modern business principles as seen through the eyes of The Joker written by Tom Peyer with art by Derec Donovan. The arch-villain explores the pros and cons of downsizing and other potentially profit increasing practices. When he lays off all save one single henchman, Joker realizes that it may be too much work for a lone goon to handle but the lure of larger returns keeps him from re-hiring his former helpers. Peyer does a wonderful job of showing us all the little details and minutiae that go into running a criminal enterprise the size and scope of The Joker’s; there are costumes to be made, bombs and props of every size, shape and caliber to consider, as well as plenty of pre-caper prep work. All of which now falls to the remaining member of The Joker’s gang. This is a really clever premise and Peyer has a lot of fun with it. Donovan’s art is suitably stylized in a similar sense to Jones’ work in this first story. Both artists bring an appropriately exaggerated interpretation of anatomy giving the humorous tonal quality a boast and adding a sense of jovialness to the entire book. This series has been a charming and entertaining departure from the sometimes oppressively heavy fare of the New 52 continuity since its debut issue thanks, in large part, to Jeff Parker’s intelligent wit and clever take on the original material. I love Batman ’66 and I hope it continues to amuse and entertain for some time to come.

Before we leave let’s take a look at the latest news out of Tinsel Town surrounding the Batman/ Superman movie beginning with the earlier reported six week delay, Warner Brothers announced on January 17 that the film would be pushed back to a May 6, 2016 release. The film studio said that the delay would allow the filmmakers to more fully realize their vision. Now however the “always reliable” website Deadline reports that Ben Affleck had to drop out of a directorial commitment because Batman vs. Superman had NOT been delayed. So we are just going to have to watch as this story unfolds. In further movie news Affleck is reportedly going to be wearing a blue and grey uniform more in line with Frank Miller’s vision in The Dark Knight Returns. This is similar to what Kevin Smith said previously of the uniform he had so enviably caught a glimpse of. One final note on the film, Zack Snyder was reportedly seen scouting locations at Michigan State University. Of particular interest to the director is the exotic looking Eli and Edythe Broad Art Museum. 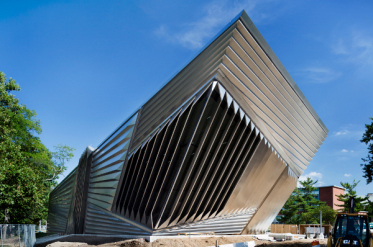 On the small screen, there is news that the Penguin will be the first villain featured on the Fox series Gotham premiering later this year. Casting is currently underway be sure to keep checking in with us here for updates. 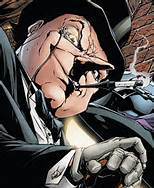 That’s going to do it for all the Bat-related news from world of film and television. That’s also going to wrap up another installment of The Weekly Bat Signal. I hope you’ve enjoyed reading it as much as I’ve enjoyed bringing it to you. If so, come on back next week and join us right here, same Bat-time, same Bat-channel.