Making yourself an asset to your employer is usually a good thing. Unless you are Joe Thursday, and you work for the Dream Police. That just might make you a slave to justice…dream justice. Besides Joe Thursday being a day short of being Joe Friday, he doesn’t seem to have trouble holding his own in the sleeping world of the Dreamscape. But because of this, it has him in the dangerous position of being the best Dream Policeman on the force.

Writer, J. Michael Straczynski (Superman: Earth One) and artist Sid Kotian (The Adventures of Apocalypse Al) continue to bring a fun and dark story to Dream Police readers. With a barrage of twists and turns as our characters keep developing they keep the issues fresh, and develop an addictive story-line. 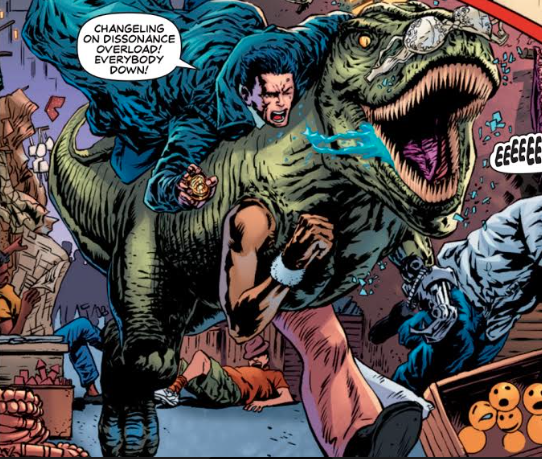 In Dream Police #11 we find Joe Thursday, and his old and new partners held up in a house surrounded by the Dream Police.

Joe wants answers to the mysterious visions of an old life, and of an old partner that the department doesn’t want to claim ever existed.

Finally, the Captain has had enough of the back and forth of a negotiation that is going nowhere, and makes his way into the house to straighten out the situation.

He breaks down Joe’s questions: the fact that he was a cop in a coma that was a god-sent for the Dream Police, the partners that would disappear and another reappearing that didn’t miss a beat knowing everything, and the memory blocks that the department had placed in Joe to “protect him”. With the realization that everything he thought he knew finally being dissolved, and the old memories of a wife finally becoming clear, Joe wants to know the whole truth, even if it destroys him.

Cue “The Supervisor”: With a single touch on the forehead the memory blocks are removed, and all is horrifyingly clear.

He had been a cop in a coma in the Waking World, making him grade A Dream Police material.

And as such he was willing and able to take on the assignments not meant for the faint of heart.

With a member of the Holy Order of Nightmares having seen too much fear and terror, he succumbed to the Nightmare World, and became maddened by all that he saw. This lead to him becoming very powerful, and having the ability to shape the Dreamscape at his will. This threw off the balance of Dreamscape as it slowly began taking over everything until it would all be the darkness of Nightmare. 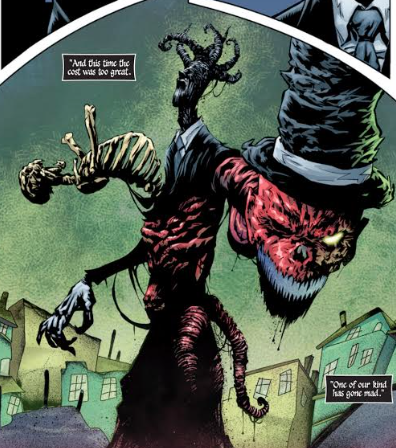 This would cause the Waking World to fall into nightmares every time sleep took them.

Joe volunteered to go into the Nightmare World, and deliver to the mad member of the Nightmares a “Mercy bullet” (a light orb) that would bring mercy, and save the Dreamscape.

It is a fantastic issue that will change the landscape of Joe and Dream Police as it moves forward. Joe will finally know the whole truth, but will it destroy him?