One of the worst feelings for a steady consumer of funny books is to walk into your lcs and hear the buzz generated by a new book and to have absolutely no idea what’s going on.  Here at Bagandbored we’re going to try and give you a heads up on new books that are coming down the pipe so you can adjust your pull list  accordingly.  “But that’s why I grab Previews” you say.  I can’t count the number of times I’ve still missed books, because, like it as much as I do, Previews is a beast of a magazine that I can’t peruse in a timely manner.  So here are Bag and Bored’s picks for upcoming books.

Fantagraphics is coming off of a banner year.  This company was born on the idea that comics are a legitimate art form, and that’s played out for them.  The publisher led the Eisner nominations this year with 17, and looking at their fall catalogue leads me to believe that we’ll be seeing them in force again next year. 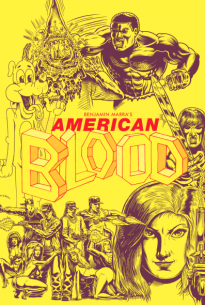 American Blood is a collection of cartoonist Benjamin Marra’s short stories, a “nasty brew of revenge, power, and passion.  Marra’s style is brutal and realistic, and his publishing history mostly through his own label, keeping to the indie and underground comic trend.  Blood is available in September. 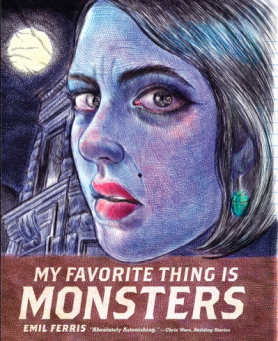 With the coming of October comes My Favorite Thing Is Monsters by Emil Ferris.  This looks to be my own “favorite” thing, because this book looks fantastic.  Taking place in 60’s Chicago, Ferris inks a story narrated by a 10 year old, a murder mystery, and Nazi Germany.  I hadn’t heard of Ferris, but a quick Google search showed me enough to know that I want this book.  She uses very fine ink lines, very much like Robert Crumb, but unlike Crumb her layouts are crazily detailed and hyper-realistic.  I will be keeping my eyes peeled for more Ferris work.

There is also a Fantagraphics history, We Told You So: Comics As Art, out in December, that details the first 40 years of the company and how it has changed the way we view the medium.

These are by no means all of the books coming out from Fantagraphics.  A click on the link below will send you to their page, where you can peruse to your hearts content, to the detriment of your wallet.

Titan Comics has spent the last several years in a serious race to become a major force in the comic industry.  With the acquisition of several popular franchises, including Dr. Who, as well as the launch of their own popular series, they’re in place to snag a portion of the market share. 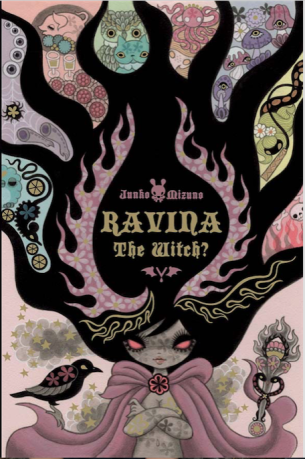 In September’s Previews, make sure to look for Ravina the Witch.  Inspired by the Brothers Grimm and Hans Christian Anderson it’s described as a “gothic modern fairy-tale.”

Ravina is a lonely girl living in a dump until she’s given a magic wand by a mysterious old woman and becomes a witch.  A “rags to riches” story that is darkly bent, sounds like the perfect thing to curl up with when the winter winds are spinning tomorrow’s snowfall through the air. 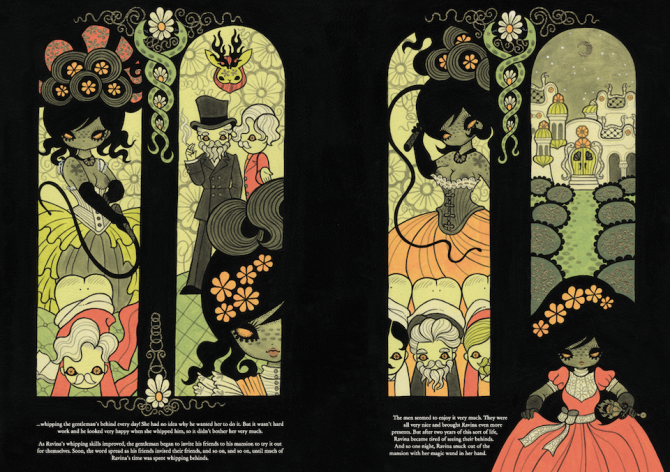 Each page has been filled by beautiful, haunting illustrations from the magnificent pen of Manga artist Junko Mizuno (Pure Trance).  Her style, completely different from things I usually see, almost looks like a tapestry or woodcut.  Her background and skill in graphic design is evident in the page layouts, which are beautiful.

Ravina the Witch, from Titan Comics by Junko Mizuno, available for pre-order in September, releasing in January.  48 pages of loveliness for $24.99, that’s a great deal.