To the right: Jordan Belfort. To the left: Generic Genericson.

The film is funny, what kind of comedy would it be if it weren’t? But the film is so much more than seeing DiCaprio and company discussing the intricacies of midget culture. No, the film gives us a glimpse into how one very real man, Jordan Belfort, achieved the American dream. A man, who partied harder, got higher, fucked better, and lived larger than anyone could ever dream. But even with all his wealth, Jordan Belfort never seemed to be truly happy unless he was working; Jordan didn’t love spending money, he loved earning it.

The Wolf of Wall Street is a film of substantial length; should you go out and take three hours of your day to see it if you haven’t done so already? Yes. There are many, many reasons to watch The Wolf of Wall Street. Leonardo DiCaprio never disappoints, the role of Jordan Belfort may be his most emotionally taxing role yet, and he pulls it off as well as you would expect from an actor of his caliber (He kills it!). DiCaprio’s supporting cast does a fine job as well, with fantastic performances from Jonah Hill as Donnie Azoff (Jordan’s BFF), and the stunning Margot Robbie as Naomi Lapaglia (Prime love interest). The film’s strength is in its performances, with Scorsese’s directorial signature not being as apparent as in many of his other films. The film’s editing also leaves much to be desired, with the occasional stutter-cut being one of the film’s issues. 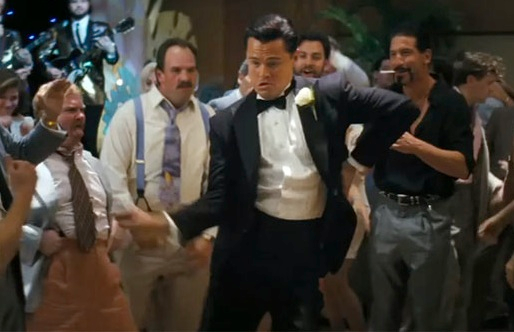 I would recommend watching The Wolf of Wall Street to most people. The film is great fun, and many might learn a lesson or two from it. However, I would not recommend The Wolf of Wall Street to anyone who expects to see a ‘movie’, because the film is so unlike what is featured in most cinemas today. The film is so uniquely shocking in its political incorrectness, and its sheer lack of a “hero” (Seriously, you won’t know who to be rooting for by the end of it), that I’m certain that the film would have NEVER been given the green light if not for Scorsese and DiCaprio. The Wolf of Wall Street falls under the genre of WTF, if you truly want to know what that means, get out there and help get Leo that Oscar (Watch it). 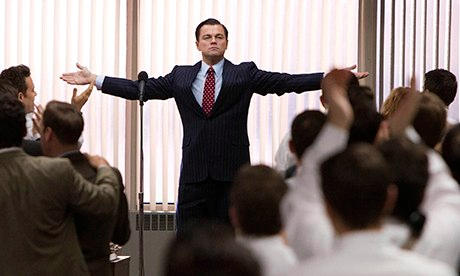 “Are you not entertained?!”