Clayface is back in Batman: The Dark Knight #25. While there seems to be an influx of Clayface stories in the past six months, this is one of the better ones in my opinion. In a story carefully crafted by Gregg Hurwitz (Vengeance of the Moon Knight, Penguin: Pain and Prejudice), Clayface has broken out of Arkham Asylum (surprised?) after the death of his only friend; a fan of Clayface’s movies and occupant of the cell next door. 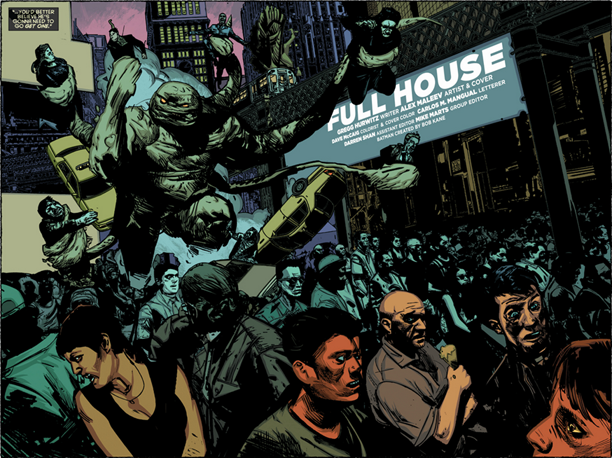 Without a fan base to admire him, Clayface must do the only logical thing he can do, abduct a new one and make them love him. Early on as a result of Scott Snyder’s Death of the Family story a few months back, Batman has to call upon the help of a few non batfamily characters, Black Canary and Condor in order to locate Clayface’s new base of operations. In the long run of the issue, these two don’t do much for the story, and easily could have been two police officers ordered by Gordon to assist Batman in anyway necessary. This could have been followed up with an issue or even a backup story about these two beat cops.

Hurwitz’ characterization of Batman is a bit more snarky than I think people are used to, cracking jokes at both Alfred and Commissioner Gordon.

“It’s me. I’m behind you in the shadows. I’m going to speak now,” says Batman.

This quick banter isn’t something we get to see a lot from Batman, and I really enjoyed it. While most mediums will portray Batman at stoic, solitary, and deadpan, portraying him in this way shows us that he is BatMAN, and not BatGOD.

There’s also a cameo from one of Batman’s greatest villains.

Alex Maleev’s (Daredevil, Moon Knight) artwork is again perfectly suited for this book. Humor aside, the tales told in this book are of the darker variety, and combining Maleev’s line work with Dave McCaig’s colors creates a sense of grime and despair, which are perfect of a story of a man made of clay.

Overall, Batman: The Dark Knight is a fun conclusion to Hurwitz Clayface arc. The series as a whole seems be a little underrated, with most of the focus falling onto Batman, Detective Comics, and to a lesser extent, the Batman and series. 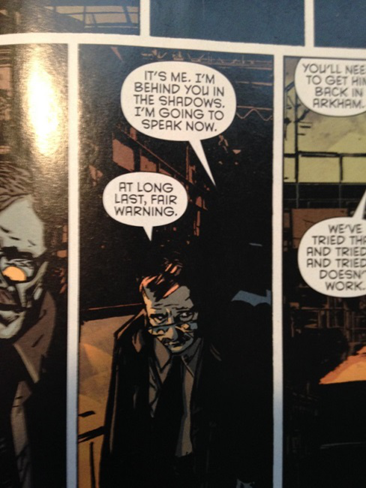