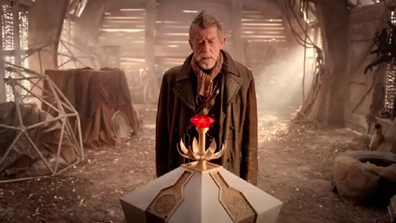 The Day of the Doctor is both a showcase of the amazing show-running prowess of Steven Moffat, and the magic that only a show like Doctor Who can share with its audience.

Back when Russell T. Davies was running things, it was not uncommon to get a two or even three-part story line during a season of the show. Now that Steven Moffat has come in, the show has been running much more efficiently. This efficiency is very much apparent in the series’ last season finale, and the most recent The Day of the Doctor 50th anniversary event. In both episodes Moffat has managed to tell two incredibly complex and engaging stories in a very short amount of given time. The Day of the Doctor is probably, and expectedly, the most important episode to date in the series’ fifty-year lifespan. It deals with an event so pivotal in the story of The Doctor, the moment he chose to sacrifice his people to end the Time War. The episode also steers the show in a completely new and unexpected direction that easily makes the upcoming 8th series the most anticipated season since the renewal of the show in 2005. 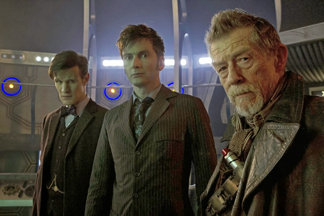 “There’s three of us now”

The episode is an engaging and thoroughly entertaining experience. All three Doctors (Matt Smith, David Tennant, and John Hurt) put in amazing performances, with Matt being his usual brilliant self, David showing us that he’s still got it, and John making the new character of the War Doctor both likeable and worthy of the name of The Doctor. The first of my theories to be debunked was that the majority of the episode would take place on Galifrey, instead we are treated to a variety of different locals such as present day London, Elizabethan England, Galifrey, and the renewed UNIT headquarters. Notable mentions to the performances of Jenna Coleman and Bille Piper, who both played their roles admirably whilst not stealing the limelight from our three protagonists.

The episode’s story touches on a previously taboo period of The Doctor’s life, his role and actions during the Time War, and the ‘Moment’ in which he chose to end it. While small tidbits were given in previous episodes, The Day of the Doctor touches on exciting new ground. The events of the episode radically shift the reality of the show, and give us a clear picture of its new direction.

In my Day of the Doctor preview episode I gave my own personal theories on what would happen. Here is a brief rundown on what I got right, and what I got wrong: