Jonathan Hickman has done what many thought impossible just a few issues ago, he has flawlessly brought together all of the numerous varied plot threads introduced over the past seventeen issues that have comprised the Infinity Event END_OF_DOCUMENT_TOKEN_TO_BE_REPLACED

I was so pleasantly surprised by how much I enjoyed the first issue of this mini-series that I requested to review #2 and after reading it, boy am I sorry I did. It seems that everything I liked so much about the first issue has dissipated and what remains is an inconsistent story with awkward looking art that at times borders on amateurish try-out level pages. END_OF_DOCUMENT_TOKEN_TO_BE_REPLACED

Do you need a break from all the time traveling, crossed over and tied-in big event stories in the X-Books? Well Marvel Knights- X-Men may be just the cure for what ails you. END_OF_DOCUMENT_TOKEN_TO_BE_REPLACED

Often the easiest way for a creative team to reboot a character is to make the most simple of changes. The costume. And who doesn’t like a good costume change? At first…everyone. END_OF_DOCUMENT_TOKEN_TO_BE_REPLACED 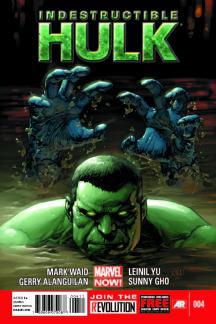