It all started on Twitter in March of 2015.  Robert Kirkman, the creator of the insanely popular The Walking Dead had a question for writer, Brian K Vaughan, “Can Image print a collection of The Private Eye yet? C’mon!”. 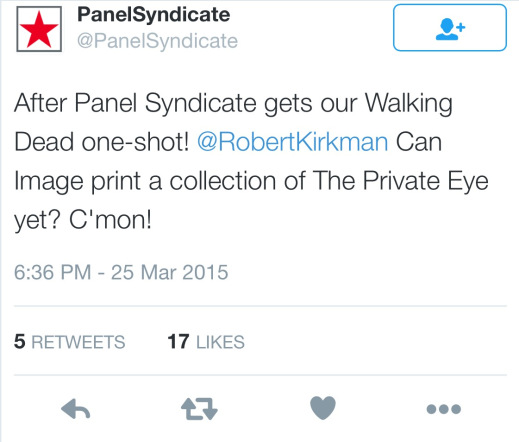 Vaughn shot back with a request of his own, “After Panel Syndicate”, the ‘pay what you want’ online web-comic site, “gets our Walking Dead one-shot!”

Boom!  The deal was done, and the power of creator-owned indie comics, being free to make the moves they want, showed its teeth in a big way.

What was birthed out of that social media exchange was a great one-shot story called The Walking Dead: The Alien.  No, this isn’t delving into the fan speculated Walking Dead alien theory, but as in an alien away from his American home in a foreign land.

And what this comic represents more importantly is a glimpse into the freedom within creator-owned properties to do something that would never happen with Marvel or DC;  give a lucrative property to a ‘pay what you want’ web-comic site like Panel Syndicate.

Jeff, an American visiting Spain, finds himself within the “walker” infested city of Barcelona. He is saved by Claudia, a former curator of a museum, dawned in medieval 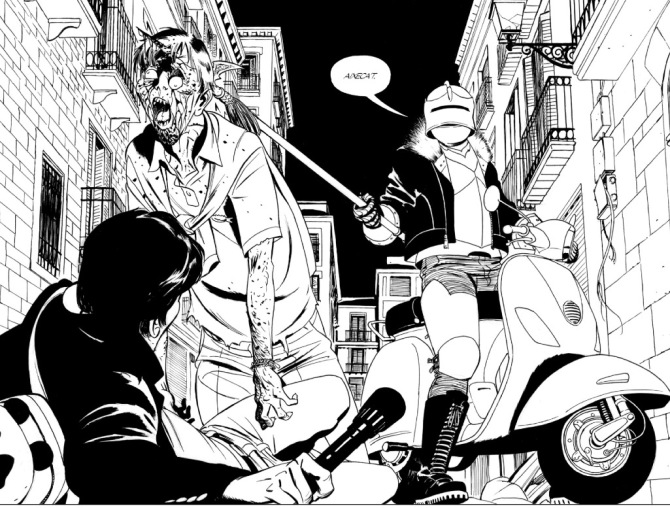 They decide to team-up, and set out to travel by boat to an island where she has a business associate that will take her to America, where there is rumored to be a more structured and a safe haven against the “walker” epidemic.

As usual, in The Walking Dead fashion, things don’t go according to plan and get a bit messy.  We end with a heavy revelation, and a promise that may or may not bleed into Image’s The Walking Dead regular series.

It’s a killer one-shot, that is a fun set away from the same old same old of the current run.

The art by, Marcos Martin, a native Barcelonian, really does justice to his home set in a post-walker infected world.  It is a lot of fun seeing a Walking Dead story not drawn by Charlie Adlard, the artist for The Walking Dead since issue 7, and Martin fills in well.  Martin stands out and differentiates himself from Adlard with a straightforward style that gives the characters and the city striking characteristics.  Being black and white with scarce and powerful use of red works perfectly. Although Claudia favors Michael Jackson a bit, it’s still good work. Hey, it’s interesting if nothing else. 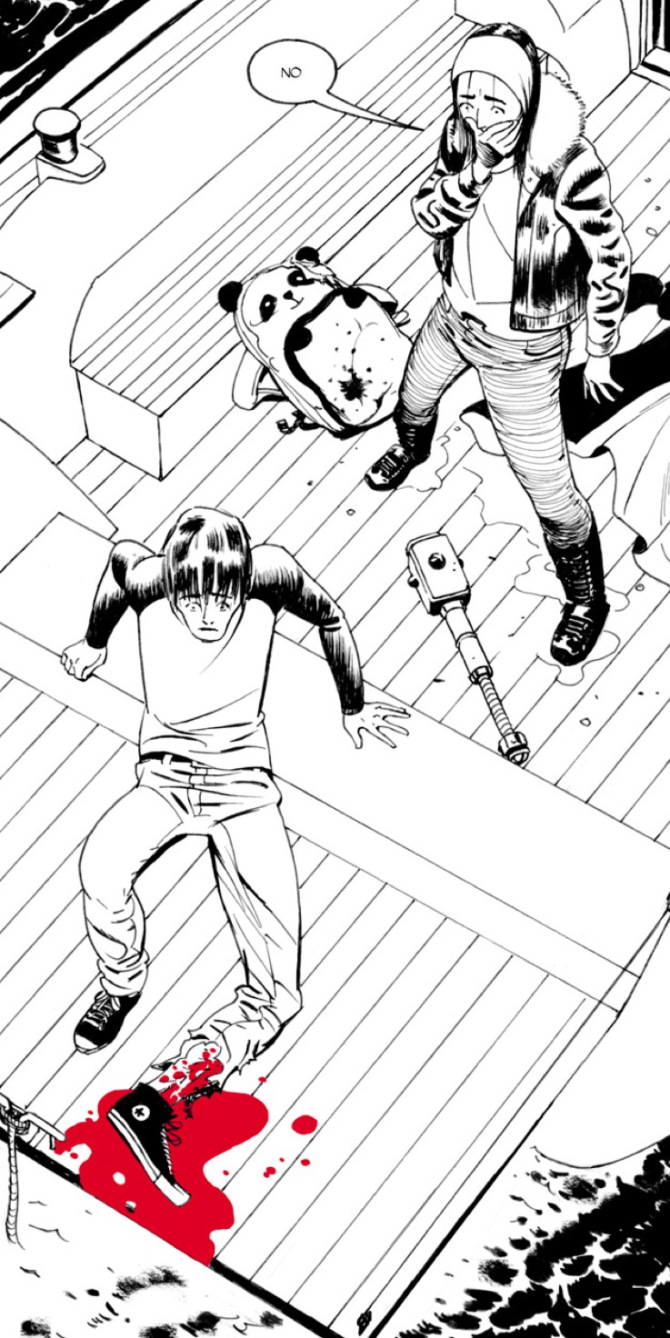 The story structure by Vaughan is as simple and straightforward as the art, and with this being a one-shot, it works. The story and dialogue are precise, and gives the reader a strong contained arc that still is able to carry itself with weight to the characters and the world a lived in feeling.

This issue is worth every penny of the regular priced $2.99 that The Walking Dead books usually go for, but with Panel Syndicate being a ‘pay what you want’ web-comic you can pay as little as nothing for this.  But if you like it and have a few bucks to give, throw them a few shekels and support comic creators that are making quality stuff.

And if you are interested in the fiscal break-down, the money made off of The Walking Dead: The Alien will go to Panel Syndicate, but the rights to characters created and publishing will go to Kirkman.

Vaughan’s The Private Eye HC published by Image dropped in December, so if you want to bring this whole creator-owned fairytale story full circle pick that up as well.

This all started with an exchange on Twitter. If you believe in indie comics and the ones that put their heart and souls into them than do your part and support it. It’s a feel good story of freedom within the industry, and it produced a great 28 page story we wouldn’t have gotten if not for these two guys being proactive and making cool stuff happen.