Directed by Garry A. Brown; Written by Lauren LeFranc

Review: I sound almost like a broken record at this point, but the good kind of broken record. You know, where you just get to keep telling people that a show is really, really good in hopes that they’ll watch it instead of having to remind yourself and others why something is terrible and soul sucking and you’re not sure why you’re even watching it anymore. But probably out of some mental harming delusion you have that things will eventually get better and yet they don’t.

That’s not the case with this show though. Agents of S.H.I.E.L.D., 3 seasons in, still gets way too much hate from people who still watch it and I really don’t understand why. Sure the show had a rocky start but I’m not sure why series like Arrow are allowed to get off the hook in later seasons but this show isn’t? With The Singularity, AoS continues its impressive streak of strongly written, wonderfully characterized, and ground-breaking moments filled string of episodes since the series returned from it’s mid-season break.

I honestly can’t express enough how good this series has gotten. Sure, every episode still has its issues but those issues are small and nit picky when compared to the whole of the episodes themselves.

This episode alone sees awesome fight scenes against Inhumans, one potential Inhuman get his powers,  great character moments between Coulson and May, a devastatingly scary character moment between both Daisy and Fitz and Jemma and Hive, and a wonderfully sappy storyline for Jemma and Fitz 3 seasons in the making. We also see Coulson and Talbot work together to take out HYDRA in all its forms thanks to intel taken from the deceased Malick, and we’re introduced to the second-half of this season’s MacGuffin which like last year’s “Monolith, the only thing that can destroy us Inhumans,” is a device to go with the orb from a few weeks ago which is of course the only that can destroy Hive.

So A LOT happened this episode and it’s one of those hit the ground running, go! go! go! Episodes I really like where characters just work to get crud done instead of sitting around waiting for something big to happen. I really enjoyed the treatment of characterization established between May and Coulson this episode as the two have a much needed discussion on just how far May is willing to go for Coulson without her feeling okay about it all. 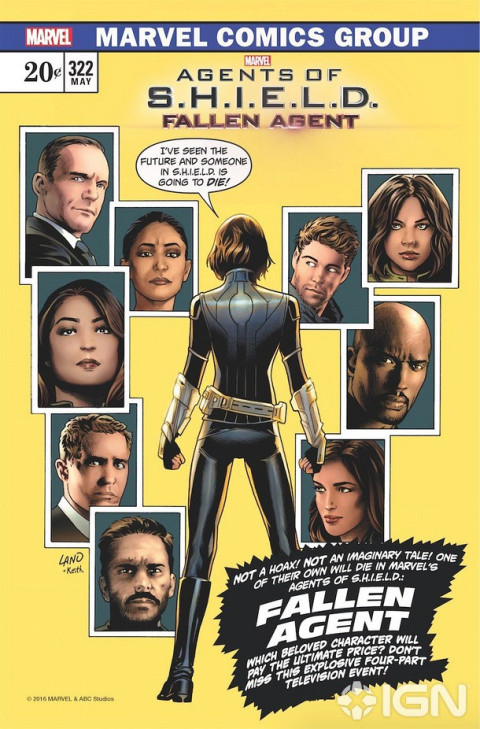 Fitz and Simmons are allowed to finally take their relationship and it felt right or their characters, who’ve come so far, to be made fully aware of why they keep getting distracted from one another and to just say eff it all, we’re together, we’re doing this, no going back. And that’s awesome. I personally don’t think either one of them will die at the end of this season but I am glad extra care and time are being put into organically growing something that is literal years in the making.

It makes sense that these two should be together but instead of shoehorning it into the first season, or even the second, because they’re scientists and friends the show runners allowed for the characters to grow, breathe, be scared of change, and ultimately embrace that change. A nice change of pace for storytelling and truly impressive in my personal opinion.

The two big things I was not huge on as far as this episode goes, really, is the massive HYDRA attack which really felt like an after thought to shoehorn into the episode, but also is downplayed by Coulson’s massively – and strangely – successful attack on the various heads of HYDRA last year that saw the downsizing of the organization by 4 or so heads.

It just doesn’t have the impact I’m sure the show wanted it to have, and the episode suffers a bit for it. Ii also didn’t enjoy the introduction of another machine that is “the only thing that can destroy Hive.” Sure, whatever happens with the machine in later episodes may actually be pretty cool to see but the existence of it as a whole bothers me because it’s a same ole, same ole rehashed story trope that we even got to see in season 2. And Inhumans were involved that time as well.

I did enjoy seeing another Inhuman make their debut however. Sure, we got to see him as a human a few episodes ago, but Hellfire from the comics has officially made his debut in the show – powers and all – and this time he’s actually fun. Even if he was cast incorrectly for the type of character they were wanting to convey in his introduction episode. I can’t wait to see more of Hellfire, and I also found his constant name drops of other fire-based characters hilarious as he tried to figure out a superhuman name for himself.

I don’t think he’ll be a villain, ultimately, but I do think it would be interesting if he were to be after all this is over with.

Overall though, a really, really solid episode full of great moments and great characters. I really cannot wait to see what comes next for this show.

Final Score: 4 Moments of No Return out of 5