Review: Talk about a strong episode! One of the better ones of the season as we get to see a lot more of Hive, which let me just tell you this is the best version of Ward hands down. Ward had ceased to be interesting when he actually became evil but now that he’s dead and Hive is using his body just damn. I want to see more of  Wive- Hard? No? Okay, Hive-Ward… or just Hive. Either way, I love what they have shown us of him(them?) so far.

Let’s talk about the heart of the episode however. Getting to see Talbot and Coulson work together again to find out who’s giving Malick his intel. It was really nice seeing Creel make a comeback and also getting to see that he’s reformed and protecting Talbot. A bit of interest is what we find out about Creel’s blood, being a possible blockage to Terragenesis. I do wonder how they’ll bring that to the foreground, but most importantly I’m curious if we’ll get clarification that the experiment that gave Creel his powers was using the Tesseract or the Mind Gem – a la Scarlet Witch and Quicksilver.

I wasn’t too impressed with Talbot for awhile there. Seeing how he interacted with the delegates from other Nations during the world meeting – to discuss Inhumans of course – only made him out to see the stereotypical paranoid and offensive American. Thing is, I don’t fully believe that was Talbot acting due to what we find out later about him. I think he really feels that way about these people, and used his inside man nature to take a jab at almost all of them.

I really don’t want him to be the stereotypical paranoid and offensive American because I prefer my characters a little more complex than that but I guess someone has to fill that role at some point. Because yes those people do exist, even in our military. However I was very happy with where they took his character by the end of the episode. He.. grew a bit as a character. But he did grow. 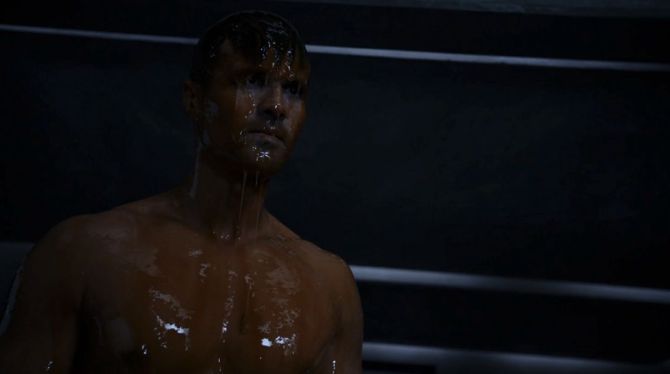 When it was revealed that he was the inside man all along there to lure Coulson into a trap I admittedly rolled my eyes and groaned a bit. Finding out it was because his son was taken and he was being blackmailed made all the difference and seeing his grudging acceptance of  Coulson at the end really made for a good ending for that character. Obviously we’re far from done with him but – good writing be praised – he can only go up from here. – I doubt his son will be outed as an Inhuman but it would be really, really cool if he ended up being one. That would be some proper karma for Talbot’s outlook on Inhumans.

Honestly it was nice to see the tables turn on Coulson this time around. After his suspiciously easy takedown of almost all the heads of HYDRA simultaneously last season I wondered if the final head of HYDRA was really ever going to prove a proper match. Thankfully those worries were pushed aside this episode with a wonderful bout of trickery by Malick.

Daisy and Lincoln’s relationship still feels so forced to me but I am slowly accepting it. Granted their flirting this episode was very groan worthy I’m not really seeing what else they could have Daisy do this season now that she’s taken more of a background role. I mean, the only other option is actually leading the Secret Warriors but TV history tells us that we are not yet ready for an actual fully rostered superhuman  team on Agents of SHIELD.

I mean, we have the Avengers, and we will soon have the Defenders… come on ABC your move.

Really though I thought this episode was pretty great. Strong writing, really strong acting – especially from Brett Dalton – and an intriguing story set-up. I’m truly curious to see where they’re going this season. And I’m genuinely happy and excited to hear that the show has been picked up for a season 4!

Final Score: 5 Sacrifices to the Greater Good out of 5