Archaia’s The Dark Crystal journey began back in 2011 with a Free Comic Book Day story.  The journey continued, and saw a 3 volume series of prequel stories called The Dark Crystal: Creation Myths be released from 2012 to 2015 in hardback graphic novel editions.

The projects were overseen by The Dark Crystal movie’s conceptual artist, Brian Froud, in association with The Jim Henson Company.

Now, at long last the volumes are starting to be released in a more affordable option: paperback. 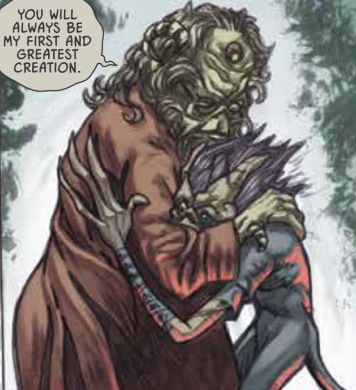 The second volume follows a group, lead by Raunip, the son of Thra’s guardian, Aughra, that has been in hiding, traveling to the Crystal Castle.

There they will witness the Urskeks try and use The Great Conjunction to power their way home.

Through the journey the group encounters many obstacles, and begins to grow together through adversity. 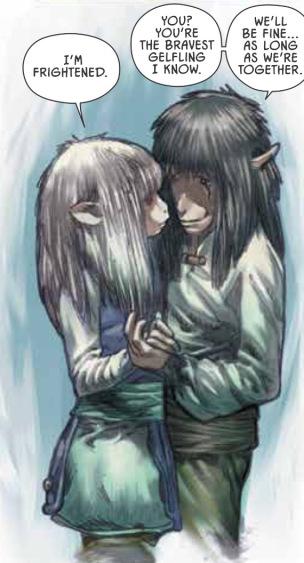 This book is extremely immersive.  You are thrown into the world of Thra and left to sink or swim.  This is not necessarily a bad thing.  If you are a fan of The Dark Crystal, you will love every bit of this.  The characters are as odd and creepy as you remember, and Jim Henson would be proud of the way the characters and their world are fully developed.  The world is rich and oozes that Henson magic we all love.

But dear readers, be prepared.  This is not an easy read.  When you come to this magical story you best not come with a loafing spirit.  As they say, “If you come, come correct”.

Reading the first volume is a must.  Volume 2 is its own story, but you will be lost if you don’t read volume 1 first.

These stories are set in a different world, and they bite if you aren’t familiar with Thra.

Sometimes you may feel like you are listening in on a great inside joke.  It’s hilarious, but you need to be in “the know”.  Again, come prepared.

Overall, I liked this volume.  The writing was a bit hit and miss.  Sometimes you get lost in the world and its little nuances, then there will be a line that over explains something that is obvious.  A little annoying, but the majority is golden.  It is hard material to write, and Dysart does a wonderful job enveloping the world with dialogue that nicely fleshes it out.  You don’t just see the words you feel them.

And then there is the art.  This is worth the price alone.  Talk about magical.  Sheikman and John take Brian Froud’s concepts and make every panel sing.

The art is really what sells Jim Henson’s worlds, and this team captures that.

So, if you are a fan of The Dark Crystal, this is for you.  If you are a Henson-ite, this is for you.  And if you have $14.99 burning a whole in your pocket, you could do worse than grabbing this book.  At that price point you are getting, not only the story, but also the Brian Froud concept sketchbook full of the characters from the book.  Worth every penny.