It’s event season and the big brains over at The House of Ideas have wasted no time getting things started, in fact Marvel has hit the ground running with an Avengers-centric, multi-title crossover called Standoff and unless you have been living in a cave in the DCU, you already knew that. 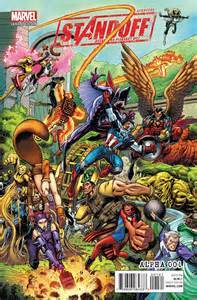 Never one to be caught asleep at the wheel, Marvel has Civil War II all set to follow Standoff on the racks of LCS everywhere just as the MCU version of Civil War hits theaters. So it looks to be a busy spring for Marvel fans, lots to read and lots of movies to look forward to, but we are here to focus on Standoff; the story kicks off with a pair one-shots, Avengers Standoff: Welcome to Pleasant Hill and Avengers Standoff: Assault on Pleasant Hill Alpha before hitting the first tie-in in Agents of S.H.I.E.L.D. #3. 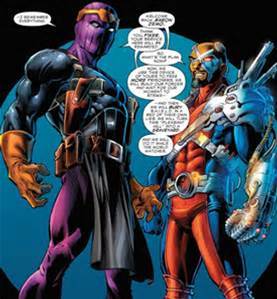 The plot begins with Winter Soldier, aka Bucky Barnes, returning to Earth from his deployment at the wall after being alerted to a catastrophe occurring at a S.H.I.E.L.D. facility called Pleasant Hill. The action kicks off straight away as Bucky is confronted by S.H.I.E.L.D. agents the minute he arrives at the secured compound. About this time a young man named Jim awakens in a wooded area, he seems to be suffering with amnesia. He is brought before a group of Doctors led by Erik Selvig where an examination takes place. Jim overhears some extremely troubling information and decides to make a break for it, however he doesn’t get very far before he is knocked unconscious. Once he re-awakens things get curiouser and curiouser, it seems Pleasant Hill is the future of supervillain incarceration.  The entire facility is surrounded by a force field and the inmates are turned into valued, law-abiding members of society through the use of reality altering technology derived from the Cosmic Cube called Kobik. At the top of the chain of command of Pleasant Hill is Maria Hill.  She indoctrinates the new S.H.I.E.L.D. cadets, explaining in detail just how this technology is to bring about these remarkable changes in the most sinister of criminals.

On the 40th day of Jim’s time at Pleasant Hill he encounters an enigmatic and astute mechanic called Phil. This cagey character is able to construct a device that reverses the effects of the Kobik tech and returns the residents of Pleasant Hill to their former, true selves. It then comes to light that Phil is actually Fixer and Jim none other than Baron Helmut Zemo. The dastardly duo set out to use the device on as many other altered supervillains currently locked away inside Pleasant Hill as they can and to destroy the facility in the process. 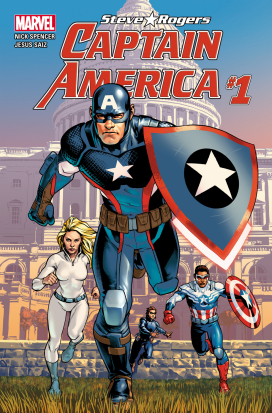 Thus begins Standoff as the story then unfolds in the pages of every Avengers title for the next months. The major point of this event is to celebrate Steve Rogers return as Captain America, not only is Steve set to regain the shield but his youth, strength and virility as well. This certainly poses a dilemma for current star spangled Avenger, Sam Wilson. I guess we can refer to him as the once and future Falcon at this point, but to be fair I think he is a much more effective hero as the Falcon. Let’s face it wings and the shield just never really looked right, coming across more cumbersome than useful. It wasn’t Sam I had the problem with it was the fact that Marvel tried, unsuccessfully in my opinion, to have their cake and eat it too with the melding of these two iconic heroes. I think if Sam had given up the wings and just took on the Captain America mantle it would have made for a far more effective changing of the guard, as temporary as it was to be. And it isn’t just aesthetics that make this a bad fit; it’s a slap in the face to Steve. I mean would Tony Stark carry the shield and wear the armor? Would Thor carry the shield and Mjolnir, well that one kind of works but I think you see what I mean. The Captain America mantle is not an addition to the current persona, it is the persona! If you are asked to wear the stars and stripes and carry the shield, you become Cap not Captain Falcon. Sam should have been more respectful of what Steve asked him to do. Anyway writer Nick Spencer will be handling the new/old Captain America book when the first issue hits the racks and I for one couldn’t be happier. Spencer has a knack for getting at the humanity of these larger than life characters in a way that eludes many super hero writers. His stint on Superior Foes of Spider-Man was one of the best in recent memory. He not only took a bunch of D-list villains and made them stars; he made me laugh out loud every single issue while keeping the plots engrossing and the pace super-brisk. I hope he brings some of these elements to this new Cap series. Spencer will be joined by the phenomenal artist Jesus Saiz when Captain America: Steve Rogers #1 comes out following the end of Standoff. 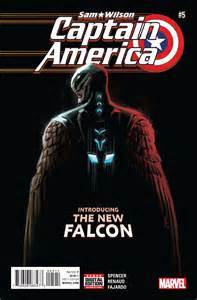 Of course both Sam and Steve are great characters but what is the fate of Sam Wilson when Steve returns; well according to Spencer, “It means we will have two Captain Americas. When Steve handed the shield to Sam, it didn’t come with any caveats. It’s his. Steve respects and admires what his old partner is doing, and wants him to carry on. There are enough problems out there, and enough bad guys, to keep both of them busy.” He went on to say about the roles each will play as co-Captain Americas of sort, “They’ll have very different missions; Sam will continue fighting the battles no one else will go near, while Steve is faced with a resurgent threat from his past: Hydra is back and stronger than ever.”

When asked how he will approach writing two Captain Americas, Spencer told Marvel.com, “For me it’s great, because I get to tell two very different kinds of Captain America stories. If you’re liking what we’re doing in Captain America: Sam Wilson, with a more topical, of-the-moment take, we’ve got a lot more of that coming your way; but if you’re looking for that classic, timeless version, the one that’s steeped in the Greatest Generation with Cap fighting the face of true evil, now we’ve got that for you as well. I think they’ll complement each other nicely.”

When asked about the character design, Jesus Saiz told Marvel.com, “Cap’s redesign has actually been created by the magnificent Daniel Acuna, and it truly is an incredible design. It’s very modern, and at the same time perfectly identifiable as Captain America at first glance. It has all the classic elements you’d expect to find in the character’s suit, but updated in a very clever way.” 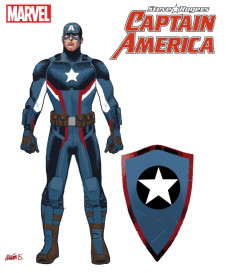 The one element that really jumps out at you as new is the shield design. It’s not the round easily recognized shield we have become used to seeing Cap throw and bounce off multiple targets then sling over his back in the nonchalant way Chris Evans has made so iconic. This shield resembles the original Timely logo that Marvel was once known by as much as it resembles Cap’s original shield from the 1940’s. Saiz explained some of the design changes to Marvel.com, “…this one has two main innovations: it’s tip can deploy an “energy blade” so Cap can cut into things and the shield can be divided in two, so Steve can use both halves, one with each arm. Both modifications will help us see a completely different set of moves for Captain America, moves that we have never seen Steve use before in terms of hand to hand combat.”

Spencer promises that between the anniversary and Captain America: Civil War this is going to be Steve’s year and that Marvel wants to make the most of it. It certainly sounds like we can look forward to some big changes for both Steve Rogers and Sam Wilson and for the Avengers’ various teams as well. Marvel always delivers when it comes to the big events, I cannot remember being completely disappointed by one of these major events, even Bendis’ inconsistent Age of Ultron had some standout moments. So we will just have to keep reading Standoff and dive right into the further excitement that await us in the coming pages, until next time True Believers, I will continue to make mine Marvel. Excelsior!