Review of “The Girl In The Fireplace”
Episode 4 - Series 2

- “My Dear Doctor, The path has never seemed more slow and yet I fear I am nearing its end. Reason tells me that you and I are unlikely to meet again, but I think I shall not listen to reason. I have seen the world inside your head and know that all things are possible. Hurry then my love; my days grow shorter now and I am so very weak. Godspeed my lonely angel.” -

If someone was asked to describe a random episode from any Sci-Fi television show in one word, I can almost guarantee you that “poetic” would almost never be chosen over words like “epic” or “cool.” And yet, somehow, Doctor Who has given us just that. The Girl In The Fireplace is nothing short of brilliant poetic expression in televised Sci-Fi form. Some of my very favorite Doctor Who episodes are actually the ones Steven Moffat did under David Tennant’s run; whilst not being limited by having to stick to a “season plan” Moffat’s 10th Doctor episodes always felt like they were made to leave an impression. 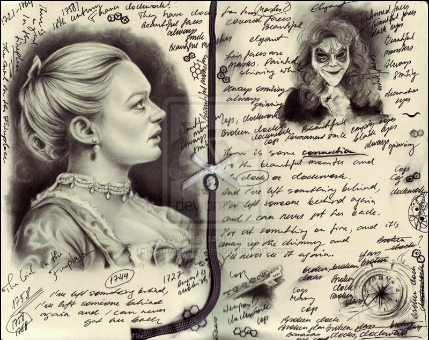 The events of the episode revolve around The Doctor, Rose, and Mickey as they try to find a way out of a derelict spaceship The TARDIS has landed on. There, the group is shocked to discover what looks like an eighteenth century fireplace inside a fifty-first century spacecraft. The Doctor, after talking to a young girl (Reinette) through the fireplace, reasons that the fireplace is in fact a Time-Window. A Time-Window, as referred to in the episode, functions as a doorway between two points of time and space. The mystery and beauty of the episode comes from the sharp contrast between the two very distinct locals, and how the various Time-Windows throughout the ship connect to different, yet significant points of Reinette’s life.

From start to finish The Girl In The Fireplace will wow you with its stunning visuals and amazing storytelling. The great thing about a show like Doctor Who is that it allows for such stories to be told. We often tend to forget that The Doctor, our Doctor, is in fact capable of love; we may not often identify his actions with the emotion of love, and this is because he is not human, but alien. The Girl In The Fireplace is a love story, but unlike human love stories, the most prevalent factor in a Time-Lord love story is in fact, time.

If you haven’t noticed, I’ve purposely left out major plot points and story elements as to maximize your eventual viewing experience (your welcome).

The Girl In The Fireplace showcases how and why the use of time-travel as a plot device has remained so popular. Time travel is as old as Sci-Fi itself, yet there is a lack of truly great love stories that have come out of it. The Girl In The Fireplace is a truly great love story that perfectly exhibits one of the many lost loves of The Doctor. Watch it. 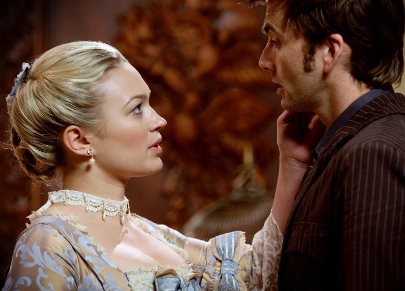 - There is a vessel in your world where the days of my life are pressed together like the chapters of a book so that he may step from one to the other without increase of age, while I, weary traveller, must always take the slower path. -