Review: This was a really, really fun episode and naturally the reason for that was the addition of the Koenig Brothers. Of course for this very special episode that was extended to the Koenig family and I honestly couldn’t be more the happier. For a long time now we the fans have continued to speculate how it is that several people who look identical could exist in the Marvel universe, especially with the idea of LMDs looming on the horizon. Originally put forth by Tony Stark way back in the Avengers.

Well, speculate no more as their secrets are finally revealed.

Honestly, I’ll talk about the Koenig’s first because I really, really like these characters. First and foremost, I’ve always been a staunch believer that the Koenig’s were merely triplets because those in fact do exist in the world. I know it was a lot of fun to speculate whether or not they’re LMDs, but it always felt like a cheap cop out to me and not really representative of the world Marvel has always tried to build: the one outside your window.

Now, a neat little tidbit we did get at the end was that the Koenig’s worked together on the original LMD project which means SHIELD has tried this before, and that also means Stark’s throwaway line in Avengers can still be kept in continuity rather than being quietly swept under the rug. However, the best part for me was not only finding out that there was another Koenig, one that was hilariously staunchly against SHIELD and the works his brothers do, but we concretely discovered that these boys – these four boys – are in fact biological quadruplets.

That made me very happy. They also have an incredibly kick-ass older sister, L.T. Koenig who apparently helped three of the brothers get into SHIELD. She was also a great addition to the episode. We ended up getting tons of really well written, and delivered, nerdy quotes and references from other genre films. One of the Koenig’s, Sam, had an amazing talk with Daisy over the fanfiction that’s written of her online. 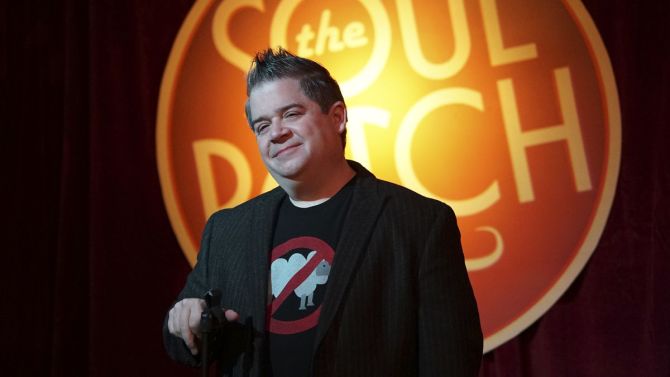 Canonically, she’s shipped with Black Widow. Together, they’re called Quack (Widow?). I couldn’t stop from cracking up knowing that this is now a thing that exists within the MCU. I truly hope that now that we know the Koenig family secret that this isn’t the last we see of the characters. They’re just too precious to keep down.

Getting back to the main LMD story arc. We do make a lot of progress this episode. LMD Radcliffe is interrogated and we learn a bit about Fitz through him this episode. Fitz had a lot of issues with his father growing up, and apparently Radcliffe knows him given that they’re both from Glasgow. Honestly, while the idea isn’t too far from what could actually happen in reality, it’s also just a cliché so I ended up rolling my eyes possibly harder than I should have upon this realization.

I kind of hope this is where they end the revelation of Fitz’s father issues as in the same issue they’re introduced he makes the conscious decision to move past them and not let that part of his life continue to consume him. It’s a very powerful character moment so even though there’s a bit of loose threading there, I don’t think we need it to go any further. But that’s just my opinion.

Coulson and May finally kiss after all these seasons only for her to be discovered shortly after once she’s able to get her hand on the Darkhold. It’s a bittersweet moment for Coulson who has obviously loved May since the beginning of the series. Where this goes from here is going to be incredibly interesting once the real May learns of it.

We also learn that Nadeer, whose tied in with the Watchdogs, also may be working with the Russian President of the MCU which is a nice callback to last season’s episode when he was attacked by an Inhuman and SHIELD went in to save him. It’ll be really fascinating to see how the writers tie that all together by the end of the season.

Finally, we also learn that one of the Watchdog’s leading finance backers – a staunch hater of Inhumans – is after Coulson. Under the belief that Coulson is the key to all the alien threats that have plagued the Earth since the Chitauri Invasion of New York. We get a bunch of nice callbacks to his time in Thor, Avengers, and even some of the earlier adventures in Agents of SHIELD where aliens were involved in one way or another.

As viewers we definitely know he has major ties to many of the alien incidents within the MCU, but I don’t think Coulson is the key. He’s merely a right place right time kind of guy in my opinion. He’s also the main character, but that’s getting out of the story. It’ll be very, very interesting to see where the writers choose to take this new storyline introduction.

The  LMD arc in and of itself is still struggling in my opinion, buy everything else wrapped around is pretty awesome and so I can’t but help but still look forward to the episodes to come that continue this show’s epic saga.