Review: While I continue to enjoy Goodnight Punpun, I will have to admit that this is the weakest volume of the series to date. As Onodera, Punpun’s uncle tries to get his blooming relationship together and Punpun continues to discover the hardships of blooming relationships in middle school, the clock begins ticking on who will break first.

Punpun hasn’t lived long enough to fully understand his problems, yet he has no one to turn to when it comes to these issues. His family is broken and scattered, and those that are around him couldn’t help him even if he wanted them too. His cold war with Yaguchi comes to an end this volume as well as their bet as to whether Yaguchi will win the badminton tournament and thus Aiko’s heart.

The cold war between these two becomes the most interesting part of the volume but ends in a believable and rushed conclusion that I found to be a bit opposite of what this series is supposed to be. While it was a big win for Punpun, by volume’s it seems like he lost more than he has ever before. Aiko cements herself this volume as well as a girl not worthy of Punpun’s affections, nor Yaguchi’s, playing them until someone gives in. This is has a strong chance of changing later, but in her middle school years Aiko turns out to be a pretty selfish little girl.

I do like Yaguchi though, and as Punpun feels I do wish the kid happiness. Just not with Aiko, but with someone else. But I don’t believe she deserves Punpun either, we’ll see as if that changes as the series continues. If anything, Punpun deserves the true happiness right now and I certainly hope he gets it.

Onodera’s story takes up the most labor intensive story of this volume, however, as while Punpun’s story is a bit more innocent given his age and lack of experiences, Onodera’s story feeds off of the man’s longer life and number of experiences. As a follow up to my discussion of depression last review, this volume hits it straight head on with the full force of a train. 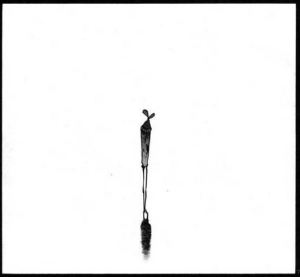 Literally. As this issue features two attempts by Onodera to end his life via waiting for a train to hit him. They’re powerful scenes, and help his story beat out Punpun’s by a smidgen. The biggest issue with Onodera’s storyline is most of it revolves around a continued flashback tale that he tells his current companion in order for her to better understand his current self.

I get what Asano was going for when he wrote the outcome of this flashback story, and depression is a serious psychological issue that is hard for anyone to deal with, but the end to the story is rather anti-climactic, even when it includes a scene where someone takes an axe to another’s face.

I felt it wrapped way to cleanly for such a traumatic experience, only for Onodera to fall into an absolute zone of depression as soon as he realizes he’s worried himself for 5 years over nothing. Maybe I read the whole scenario wrong, but I personally feel the build up to his trauma just wasn’t justified by the ending.

Both stories were not terrible, however, only that their endings after several volumes of build-up were just not justified by the rushed endings both of them received. Asano has written better than this for this series already, so I know he’s capable of telling compelling story arcs. I’m only 4 volumes in and this series still continues to be stronger than many out there, Asano just needs to give each tale its proper due than ending them only when it feels convenient.

On the topic of rushed endings however, this volume also finishes off with another time skip to 2 years in the future. I knew there would be more time skips as soon as I found out this series was to cover the whole of Punpun’s life, however I feel as if we did not get to spend enough time in Punpun’s middle school years so once the major storyline featuring him and Yaguchi was over, Asano figured that was all he needed to tell. Perhaps it was because it was an elongated story arc, or maybe because Onodera’s story took up so much time during this phase in Punpun’s life that it felt to me as if we did not spend much time in Punpun’s middle school years.

Either way, unlike last time when the time skip felt properly places within’ the story, this time around it feels unearned and too premature for me to feel refreshed by the new timeline we get to play in. I wanted more out of Punpun’s middle school years, and we did not get that, leaving me unfilled when I finished the volume. While it is sad, though, it will be interesting to see how Punpun’s high school years go. I wonder if this is what we are to expect every 2 volumes or so? A new time skip after a brief time in Punpun’s life.

We’ll see if I like this method once we come around to the next one. Goodnight Punpun continues to remain strong despite the odds it faced this volume. While a blip in the story, it’s nowhere enough to sway me from path. This long series trek continues, for better or for worst.

Final Score: 3 Reasons to Live out of 5