Summary: Naruto is a young ninja-in-training, having grown up in the Village Hidden in the Leaves, who is shunned and isolated from those around him because of the mysterious beast lurking inside of him. This causes Naruto great pain, but he decides to work past it in order to become the greatest ninja that ever lived. Along the way he makes many friends and enemies. Can Naruto do it?

Review: For the last few years the story in Naruto has been unfolding at a break neck pace of really… really… slow. And yet, in story, the war that has been going on has lasted I think something like 3 days? Tops? It’s a really impressive feat. To say the least. But in the last review I mentioned that the storyline had finally, mercifully, came to an end. Well the war portion that is.

In chapter 691 we see Naruto finally get to see a real, emotional and invested goodbye to his father after he was brought back as a zombie (it’s a long story). This was actually extremely touching to experience and was a long time coming for the two characters. If even for a brief moment. There was only one real downside to this fond farewell, and it’s a nitpick from me but it bugged the hell out of me the entire time. Minato (the 4th Hokage) - Naruto’s father - got his arms blown off. So what could’ve ended in a wonderful, embracing hug was… well, anything but.

However the chapter was pretty solid. We got to see Madara’s final bow in this world which was very much a welcome addition to the ending of this long story, as well as the revelation that the 10 separate tailed beasts are, for the most part, finally free to do as they please. Something none of them have experienced in a very, very long time. Chapter 691 ended up being my favorite Naruto chapter in an incredibly long time and  I was happy to see Kishimoto on top form here.

And then, we have chapter 692. Not an overall bad chapter, but I’m just not feeling it with Sasuke being an evil mother heifer. I always knew the rivalry between Naruto and Sasuke wasn’t over, and that one day they would have to endure one final fight. But with Sasuke’s recent announcements of becoming Hokage I just keep thinking that their fight is rather forced. See, the problem is that while Sasuke may want to destroy the Kage’s so that he can be the strongest one standing to rule the world and reshape it (pure Madara syndrome), it’s not like he’s going to have any followers. Everyone will rebel against him, making his plans for naught. Everyone hates Sasuke, and that’s not really going to change if Kishimoto actually uses some sense to write this story.

But the rivalry fight between Naruto and Sasuke isn’t even about that it, and it’s not even about their friendship at this point anymore. Revelations have abounded in the last few dozen chapters that Naruto and Sasuke are reincarnated children of the sons of the Sage of Six Paths just like Hashirama (the 1st Hokage) and Madara were. It’s a long story that still somewhat confuses me to this day. This is what their fight is about now, not their friendship, not “who shall become Hokage next?” No, it’s about ending a feud that has lasted too long and to be quite frank, never should’ve existed in the story of Naruto.

There are few pre-destiny events that work in stories that I can accept (heh, if only I could think of one at the moment to use as an example). But then there are the ones like are seen in Naruto. Retcon revelations that honestly do nothing to further the story in my mind, and only serve to drive the narration on “happenings” rather than proactive characters.

So, I sit here, not exactly excited to see the final fight for Naruto and Sasuke like I had been waiting for so long to experience. But it may still be pretty damn awesome like their fight at the Waterfall at the end of the Fire Country. At least I am hoping. So, here’s to a grand fight to come. But Kishimoto, I am skeptical. I can only be when it comes to you now. I want Naruto to end on a really, really high note. So please, please DO NOT mess this up!

Naruto will be taking a break next week. So let’s gear up our helmets, folks! It’s gonna be an interesting (final) ride!

Final Score: 3 Tailed Beasts out of 5 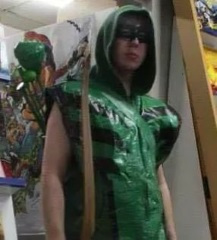