Esoteric, ethereal, supernatural; these are all words I would use to describe the second issue of the wildly imaginative and overly ambitious mini-series co- created by Comic Book Men cast members and Kevin Smith minions; Walter Flanagan and Bryan Johnson.  Unfortunately END_OF_DOCUMENT_TOKEN_TO_BE_REPLACED

By now, if you haven’t heard or seen anything concerning this comic then you just might not be looking in the right places. END_OF_DOCUMENT_TOKEN_TO_BE_REPLACED

*An Interview With Erik Evensen of “Beast of Wolfe’s Bay” Can Be Found Below This Review!

I’ve often been frustrated when I see a film and love it only to find out that it is a remake of an older, usually much better, film.  One of the questions I’ve been wrestling with this summer movie season is weather or not to see any of the sequels that have come out.  It seems like every movie this summer has a number in the title, the second or third or, God help us, the sixth in a series, and it makes me not want to see anything.  Is it possible to come up with a fresh take on an old idea?

END_OF_DOCUMENT_TOKEN_TO_BE_REPLACED

One of the very first reviews posted here on Bag & Bored was for issue #1 of this title, ‘Bigfoot: Sword of the Earthman’, and I’m happy to say we’ve been following it since then.  Issue #3 is out now, and I while I had some great expectations of this issue, I am very glad to announce my expectations were blown to tiny bits.  And then blown again into nothing.  I sat down with this issue and before I knew it I had read it a number of times over the course of the following three days. END_OF_DOCUMENT_TOKEN_TO_BE_REPLACED 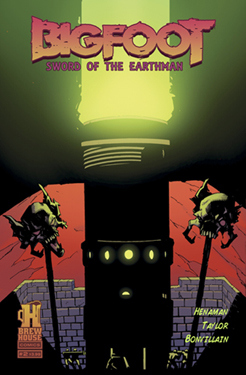 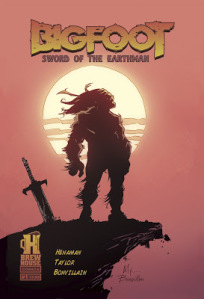