Well everyone, I’m back and jumping in with Son of God.

I found this comic to be truly deep, and to many, it can even be faith rattling.  This comic starts with a young man, Armand, being sent to earth. He arrives naked and alone, and quickly pulls some clothes from a dumpster as he tells the reader his mission. He says: “Sent to cure the blight that runs deep in men’s heart and minds. Sent to free their souls of the self-importance that dwarfs their potential. I am the Son of God, and when we are reunited… we shall save this world.” It is at this point we get to see God, and I am sure most Muslims, Jews, and Christians will be surprised to see that God is a woman.  Looking truly content and happy, She reminds me, and looks like, the Hindu Goddess Lakshmi. When we see her, we can see why she would send her Son to save humanity.

Armand walks the streets of the city and sees all the evil that has taken over the hearts of men. They are full of rage, jealousy, impurity, dormancy, indulgence, conceit, and avidity. They are cruel to those that need them most, and Armand is going to change all that. That is, until he runs into the Devil. The Devil tells Armand he as forgotten who he is, but Armand just turns away. But then, everywhere he turns the Devil’s eyes are watching him, telling him that he is gone, for Armand to remember he is not the Son of God. In a heart-wrenching scene, Armand is running from the eyes that surround him crying to the Goddess and asking Her to help him save the world. And all of a sudden, Armand is in an office with a counselor telling him that his brother is dead and reminding Armand to take his meds and that he is not the Son of God. We then see Armand homeless, and on the streets. So here is the real question, is Armand really crazy and made the whole thing up in his head? Or, is Armand truly the Son of God, but man is to far gone to understand this, and just write him off as another crazy homeless man on the street? And what about his brother? Was Armand a normal person, and when he learns of his brother’s death he goes back into a psychotic state, or could we take it on a religious level, could his brother be that of the Christian Jesus, killed doing the same mission that has people labeling Armand as a schizophrenic?

You’ll just have to read it for yourself and decide.

For more information and preview artwork visit the Son of God site HERE. 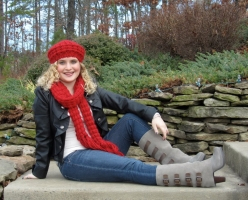