Pokémon came into the scene and captured the imagination of millions of children from all over the world. The newfound concept of portable gaming proved to be the perfect format for what would prove to be a multi-billion dollar franchise. Addictive doesn’t even begin to describe what Pokémon is to a child, especially if that child has the pleasure of playing it for the first time.

Like many other Poké-fans, I was hooked from day one. Some of the fondest memories of my childhood are from playing Pokémon; my love for the franchise has stuck with me from the very first time I chose a starter (Squirtle), till my recent victory against Pokémon X’s elite four. I experienced that recent victory for the time ever in fully fleshed out 3D graphics, and it was glorious. 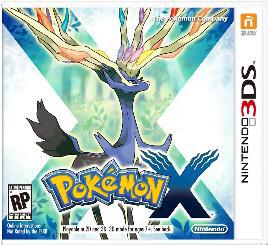 But enough about the past, lets get down to what you all came here to read about. Right off the bat Pokémon X proves that it isn’t just a 3D port of previous titles, the series’ first ever venture into the 3rd dimension boldly reestablishes many aspects of core gameplay. The first noticeable change being how quickly you’ll go from receiving your first Pokémon, to catching and training multiple ones. No longer are players forced to endure thirty minutes of “noob” time. Because of how seamless the new tutorial system is, its even possible to catch Pokémon before having to sit though the catching tutorial, and that’s awesome. Another noticeable change is that the player is no longer on a solo Pokémon journey, but is now in fact traveling with four friends for the entirety of the game’s main story. Your friends will even ask you what nickname you’d like them to address you by, and sure “Big F” or “Lil F” may seem like decent nicknames, but nothing beats having your group of virtual pals refer to you as “Master.” 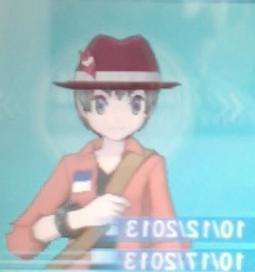 Battles are now better than ever, along with the amazing 3D graphics, Pokémon now have move-specific battle animations that make battles look and feel much more authentic. The new “Mega Evolution” feature and Fairy Type have also proven to be great additions, as they have made battling more balanced than ever before. Pokémon training also takes a huge leap forward with individual Pokémon EVs (Effort Values) now being visible and easily controlled; it’s also now possible to train up to six battle-ready Pokémon throughout the main story, thanks to the lessened importance of HM use, and the newfound power of Experience Share. There are also many other (less important) gameplay changes that I’ve purposely left out of this review so that you guys could still get the same “wow” face I got during my first playthrough.

And need I mention the glorious 3D graphics once again? No? Well I’m still gonna! The game looks AMAZING, with every visual aspect of the Kalos region rendered brilliantly. The Pokémon Company has successfully transitioned to full-on 3D without a hitch, with the game looking and feeling like Pokémon should. 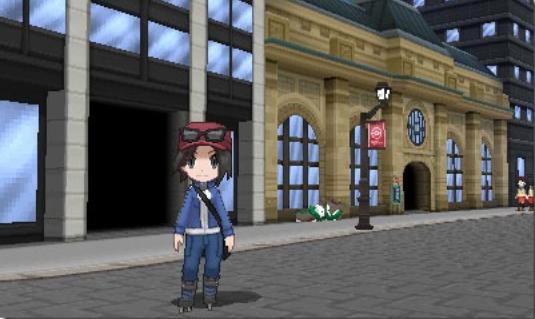 The game’s story is what you’d expect from a Pokémon game. However, what’s great about X and Y is that the story finally takes a backseat to what the series has always been all about, the catching and training of Pokémon.

Pokémon does it yet again. Every single aspect of X and Y is simply golden, with the series still delivering the same groundbreaking quality in innovation that made its name. As a lifelong fan of the series I was given everything I’ve ever wished for in a 3D Pokémon game, and I can only help but envy all the children (and maybe some adults) who I know will get to have their first Pokémon experience be through either of these wonderful games.